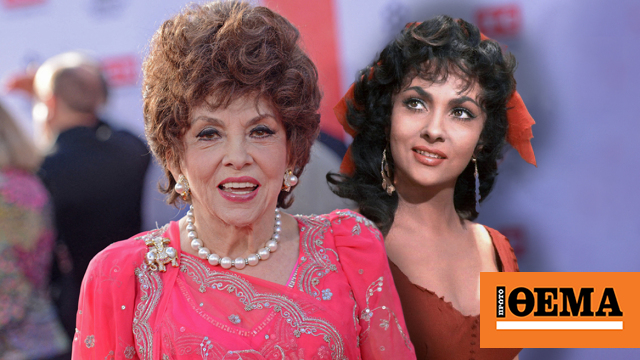 Italian actress Gina Lollobridge He passed away today at the age of 95, according to what was reported by the Italian news agency ANSA.

She was a major star of Italian cinema and one of the most important European actresses and sex symbols of the 1950s and 1960s.

Although the cause of her death was not officially announced, last September, the actress, known to the Italians as “Lulu”, left the clinic after she suffered a fall in her home that resulted in a fracture of the femur due to her surgery.

Last September, Gina Lollobrigida was discharged from the clinic after a fall at home fracturing her femur, which she had operated on. Four years ago, Lollo ended up in the hospital due to a domestic accident #ANSA https://t.co/BxR3En12Eu

The great diva of Italian cinema was born on July 4, 1927 in Subiaco, a picturesque village on the outskirts of Rome. Her father was a cabinet maker and during World War II they moved to Rome. Lollobridgeta attended painting and sculpture classes at the School of Fine Arts, but her modeling and participation in beauty pageants immediately caught the attention of people in the cinema. In the spring of 1947, a friend of hers managed to convince her to take part, at the last minute, in the Miss Roma competition. Although she wasn’t wearing the right dress, she won second place and was invited to Stresa for the Miss Italia finals, winning third place behind future movie stars Lucia Pose and Gianna Maria Canal. A talent scout at the time offered her an audition at Cinecitta, the largest film studio in Europe. But Gina Lollobridge wasn’t ready. In a previous interview, she specifically mentioned: “I turned it down when I was offered my first role. They told me they would pay me a thousand liras. I told them my price was one million liras, thinking that would stop the whole thing. But they said yes!”

During her long career, she has collaborated with notable directors such as Vittorio De Sica, Mario Monicelli, Pietro Germi and Mario Soldati, René Claire and Christian Jacques.

The brunette actress with attractive curves has always been considered the most beautiful woman in the world, according to the title of one of her films, “The Beautiful Beauty”, which was based on the biography of soprano Lina Cavalieri. With this particular film she won the David di Donatello Award for Best Actress and in 1959 Gilles Dassin chose her to be the heroine of the film “The Law” alongside Melina Mercoris, Marcello Mastroianni and Yves Montand.

In the fifties and sixties, she dazzled the male sex, but Lollobrigida always had more to offer than her looks. He appeared in more than 60 movies and then managed to pursue two jobs, holding the camera and carving chisel.

In 1949 she married Milko Skovic, a Slovenian physician, and they had a son. The couple divorced in 1971 and Lolobridgeta never remarried.


Lollobridgeta was a candidate, at the age of 95, in the September 25 parliamentary elections. He demanded a seat in the Senate for a “sovereign and popular” alliance that, according to opinion polls, does not exceed the threshold of 3%, which is what happened.

Funeral of a former king: Citizens gather on Tatoi to bury Constantine