Comparative test carried out by the user Kill the warlord From the ComputerBase community Recently updated with some… unusual products, which have been used to take on the role of thermally conductive materials.

To cool the GPU, relatively expensive and specialized thermal compounds and materials (such as thermal paste or thermal pads) are usually used for this purpose, but what does one do if there is a shortage of these products.

To this question – and with humor – he wanted to answer the killer Who searched for workarounds by opening even from his fridge.

The ComputerBase member tested several specialty thermals as well as everyday products, from hand cream to ketchup, on a Radeon R7240 graphics card. This graphics card has a TDP of just 30W, so it will run without issue even with passive cooling. Therefore, the tests were not in danger of being interrupted by hardware destruction.

In testing, ketchup proved to be a very good alternative because the GPU didn’t get above 71 degrees Celsius even after a 5-minute Furmark. Toothpaste acts as a worse thermal conductor, with the GPU hitting 90C after 5 minutes of Furmark running. 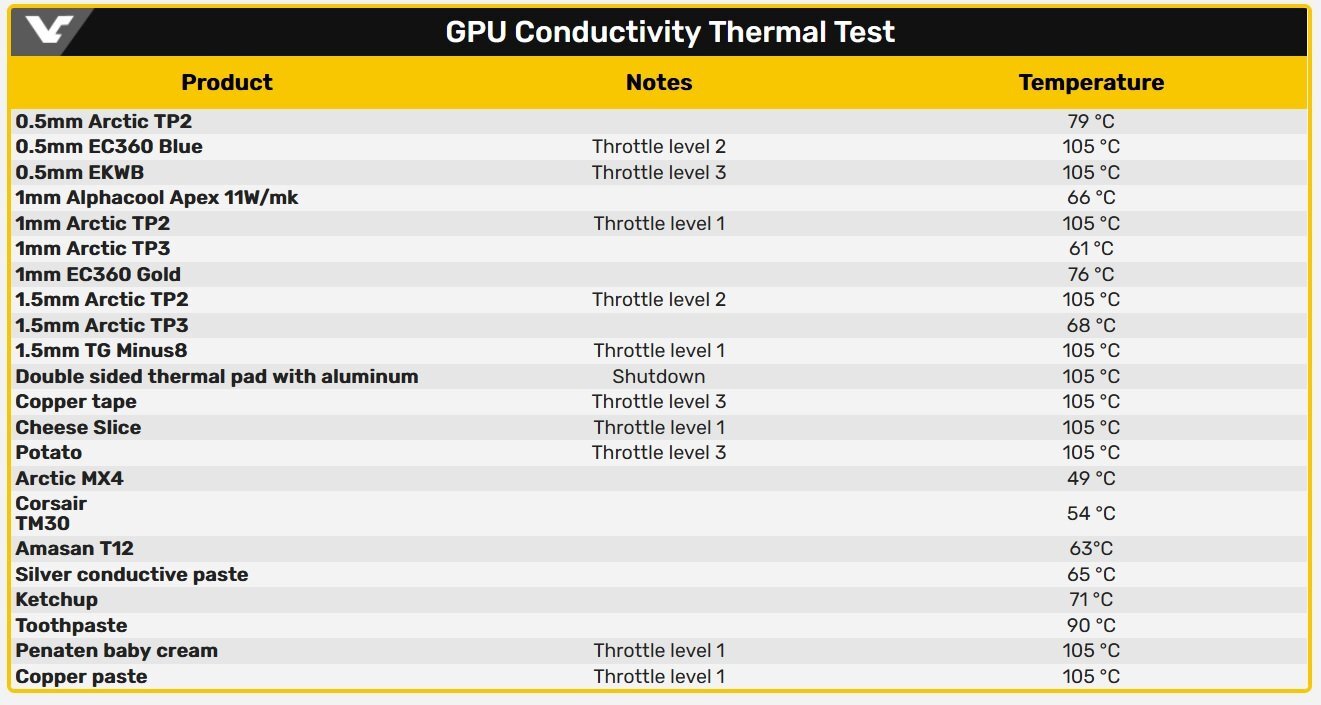 It would be a good idea to avoid baby creams, chips or cheese slices as the GPU temperature with these materials was used reached 105 degrees Celsius. While we think you are unlikely to put ketchup on your GPU, even if you had to, be aware that using water-based substances can damage your GPU.