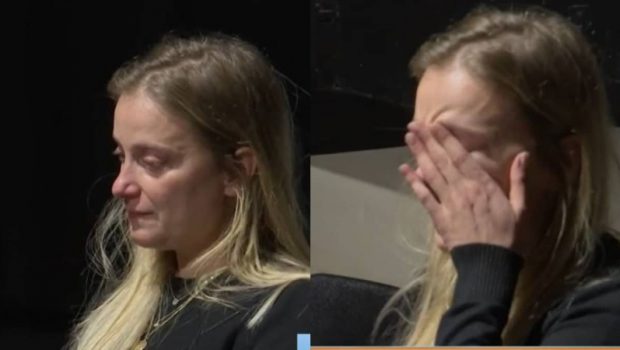 Was found in the dock yesterday Petros Phillipdis ranking to apologise For the sexual crimes attributed to him after women complained of rape and two attempted rapes.

In mixed jury court they made their “gift”. Lena Drusakithe Penelope Anastasopoulou and the Anna Maria Papacharalamboswhich sent a rather strong message, after they entered the courtroom holding hands, while the three, as it was logical, looked particularly charged.

A few hours later, Lina Drosaki attended a women-focused event where journalists spotted her and asked her questions about Petros Phillipdis and the trial.

He initially said “I come from there, we’ve been there since 8:30, I can’t comment on anything”.

“I don’t want to comment guys,” he added, and left in tears.

“They called me impulsive, lonely, pathetic and petty…”

Ten months after the curtain opened on the trial of the accused, Petros Phillipdis, on charges of rape and two attempts, the actor broke his silence yesterday for the first time in an attempt to get rid of the stigma of the rapist.

“I’m not in a hurry. I’m not perverted, I’m not abnormal. I’m not a double personality…” He said forcefully in his apology addressing the Mixed Arbitration Court judges while sitting on a chair revealing the path he took until the day when he sat “unfairly” , he said, on the day of the seat.

“My name is Petros Phillipdis. The rest of this…. I will speak from my heart…” he said, beginning his marathon apology during which he would sometimes whisper, sometimes cry and raise his pitch.