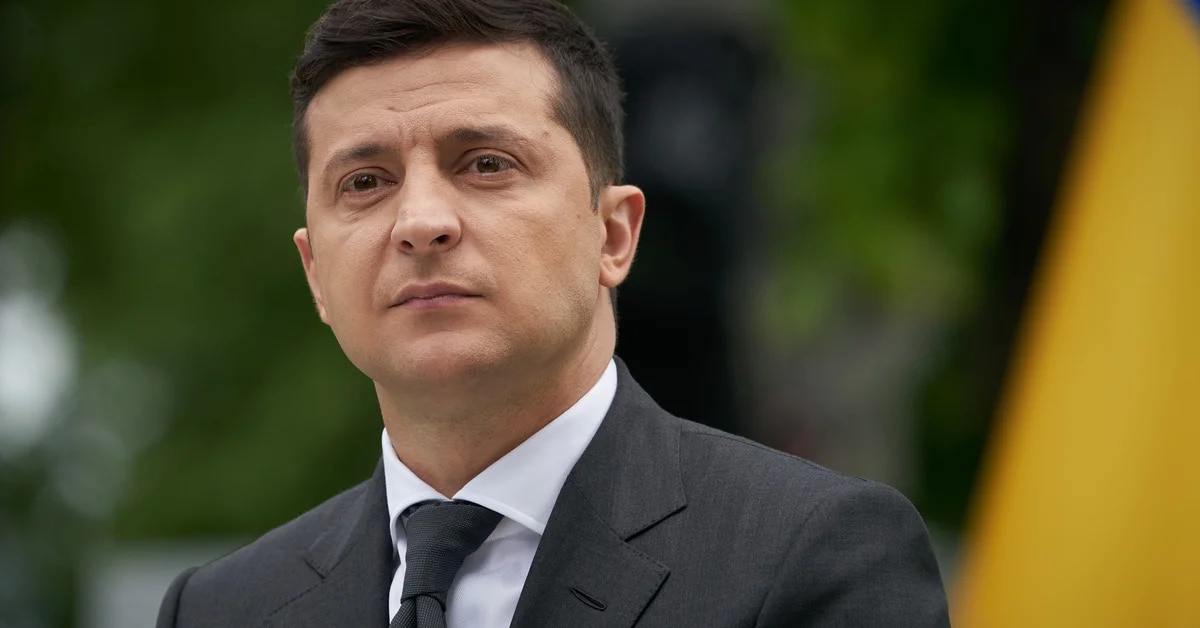 Ukrainian President Volodymyr Zhelensky said on Wednesday that his attempt to hold talks with Russian President Vladimir Putin had failed., At a time when the crisis between the two countries is entering a very dangerous phase. He warned that Russia could soon launch a “major war” in Europe.

“I started a telephone conversation with the President of the Russian Federation. Conclusion: Peace,” Zhelensky announced in a nightly message in which he promised that Russia would “deploy nearly 200,000 troops in thousands of war vehicles on the border with Ukraine.”

Zelensky rejected Moscow’s claims that his country was a threat to Russia and warned that a Russian invasion would result in tens of thousands of deaths.

“The Ukrainians will defend themselves no matter what. You are just moving forward, you will see our face, not our back, we will not be afraid“, He added.

Zhelensky made an emotional night-time appeal to the Russians not to support the “Great War in Europe.”

This photo, posted on February 22, 2022, shows Ukrainian servicemen riding in armored vehicles at a training ground in an unknown location in Ukraine.

Speaking in Russian, Zhelensky said that they were lying to the Russian people about Ukraine and that the possibility of war was “up to you”..

See also  Babis Anagnostopoulos: Is he transferring his property to his daughter? - What will Caroline's family do?

For its part, The Pentagon said Wednesday About 80% of the 190,000 Russian soldiers and separatist forces stationed in and around Ukraine are ready for war.And a full-scale military offensive would be imminent.

“They are now ready to move forward if not ordered to do so.” A senior defense official told reporters New York Times.

The official, who spoke anonymously to describe the Russian military operation, said There are all the forces that the United States expected Moscow to mobilize 5 to 50 kilometers from the Ukrainian border.Does not take into account separatists within the borders of Ukraine.

Earlier, the Kremlin said the Donetsk and Luhansk People’s Republics had asked Putin for help in “thwarting the military occupation” of Ukraine.

When Russia turns the page, It is based on the friendship, cooperation and mutual aid agreements signed by separatist leaders in the Kremlin last Monday. After Putin recognized the independence of the two republics in eastern Ukraine, the official TASS agency said.

File photo: Ukrainian soldier with a machine gun in a trench between Ukrainian forces and pro-Russian separatists near the village of Travnev in the Donetsk region of Ukraine February 21, 2022. REUTERS / File Photo gleb garanich

The Kremlin spokesman Dmitry Peskov explained that the rebel groups were trying to prevent civilian casualties and prevent a “humanitarian catastrophe” in the territories under their control.

They condemn that Ukraine’s “continued military occupation” is destroying schools, hospitals, kindergartens and civilian and industrial infrastructure, and taking human lives, including children..

“The actions of the Kiev regime demonstrate a reluctance to end the war in Donbass,” they point out.

The West points out that the pro-Russian and pro-Russian allegations about the alleged Ukrainian occupation are false. And they expect a justification for invading Europe.