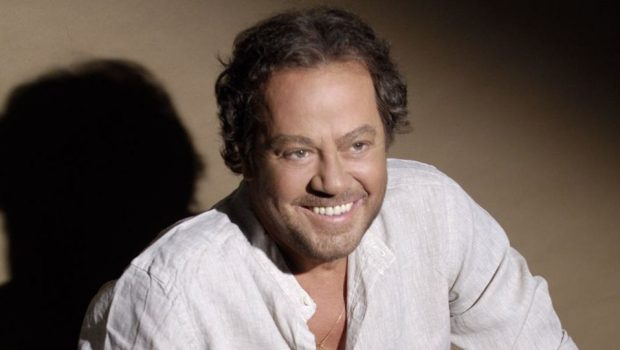 the Yannis Barrios He has been described as the ultimate love singer. Identified with the songs of the island, it is the classic form of paros. It’s an amazing voice that has been with us for decades and whose songs still shake youth today.

the Yannis Barrios, Known as Ioannis Varthakouris, he appeared in 1969 and collaborated with well-known Greek composers and singers. An important performer of traditional island songs. Composer and poet of Greek songs that became hits. Born March 8, 1946 in Paros.

He had said in an interview: I came to Athens to study. And they asked on the island: “What will happen to your son, Mrs. Marusso?” “Doctor, lawyer, priest…” My father used to say, “Under the state, my son, get a salary.” They wanted people to show off, and in the end, I almost fell for them because I became a singer. They considered it a job that did not match my personality. However, this is what I dreamed of as a child, who I am now.

I simply dealt with the song. I was an employee at night in a hotel opposite “Nerida”, where Costas Clavas, the great composer and wonderful arranger, was working at that time. He was staying at the hotel and as soon as he came to get the key I was behind the entrance, unseen – I was with the guitar playing and singing. He heard me, waited for me to finish and then rang the bell. When I came out he asked me were you singing? I tell him “of course”. “Did you know you have a beautiful voice?” I rudely told him: “I know.” He told me: “Tomorrow I will pick you up from here, to take you somewhere.”

So it happened and my fate, the good one, was the meeting I had there with Giorgos Katsaros. It was a school where Mimis Plessas, Katsaros, Clavvas and Zarchaco taught. It was called EME, which is the Greek Music Society, and it was in Solonos. They just took talent. On the first day at school, Katsaros played us a song he had just written and said, “I’m going to play it two or three times, and whoever thinks he can sing it, raise his hand.” The second time around, you’ve learned. I raise my hand, he makes me sing it and he says, “Sit down, and when we’re done don’t go, I want you.” He finished the lesson and explained to me: “You will leave school, you are ready, you do not need lessons. On Sunday you will come to my house.

I remember, I had tickets to go—I lived with my sister in Agios Militio—but I didn’t come back, so I walked over to his house. He put me to a sacred test, got me to sing songs: “Sing a folk song, sing a rebetiko, sing a folk song.” To my left were two people sitting and listening. After I finished, he said, “Let me introduce Mr. Matcha and Pythagoras.” iron.

The next day George and I went to EMI, in Kaningos, he listened to me again on the piano and there the “baptism” took place. “where do you come from;” From Paros. “What is your name;” Varthakuri. “A difficult adjective, where else to say it? We’ll change it, make it Barian.” I tell him: Yannis Barrianos is there, he is another singer. So said Barrios. I don’t remember which of the three said it, but I was baptized there.

In January 2021 while the country’s health system was facing problems due to the COVID-19 pandemic, Yiannis Parios proceeded to donate two ICU beds to Metaxas Hospital in Piraeus, stating that he was aware of the health problems, as well as his sister at the same time facing the problems. He announced that proceeds from the new CD would be allocated to the National Health System. 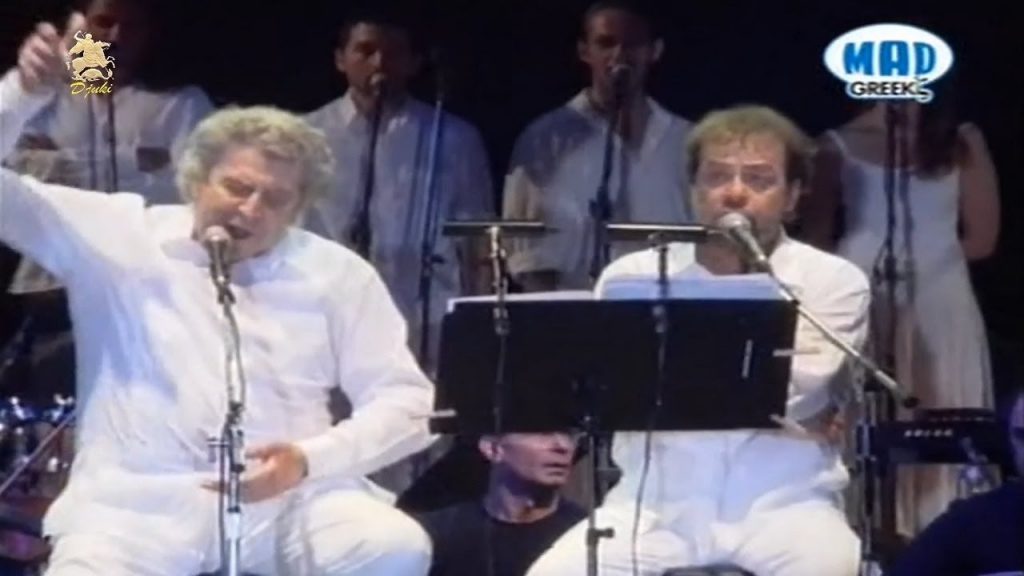 “Axios, it’s like listening to new songs,” said Mikis Theodorakis, listening to Barrios’ song with all the sensitivity of his soul… “I was jealous of the impossible and took him with more. I gave my soul. All that’s left for me is to remain your fan forever, Miki, Yannis Barrios responded…

6,000 people witnessed this concert closely, and it is one of the most important concerts in recent years mainly in terms of quality, but also in terms of musical material. Songs that have been said a thousand times and yet still hold unlimited interest, moving and bringing memories and visions to life! Songs that mention Greece

Giannis Barrios has sung more than 600 songs, and his records are as follows: