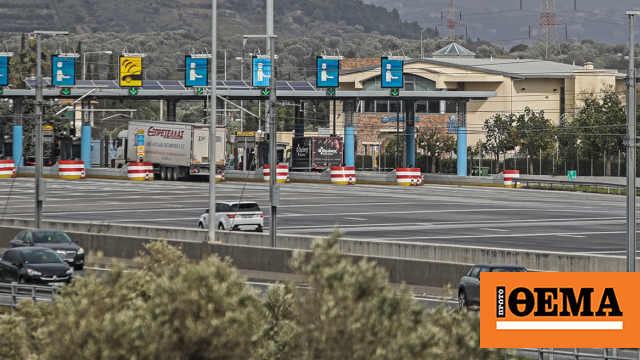 At a cost less than what its drivers pay today Attica RoadA few hours ago, the new highway concession contract was handed over to potential investors.

According to the information, the price is set at 2.5 euros For each transit with VAT, VS 2.8 euros which is based on the current contract.

In terms of tolls, there has been a lot of noise in the past couple of months after TAIPED was proposed, that they should be variable and the tolls configured based on the time a driver enters a road hub.

From the outset, the government was wary of the TAIPED proposal, considering, among other things, that there were not enough transfer studies that could support this pricing method.

The goal of the Ministry of Infrastructure and typid He is accelerating the pace of bidding for the business before the election period, a plan that potential investors find challenging. Eight candidates joined the tender who passed the second phase of the procedures for the new concession contract for a period of 25 years for the road axis.

The World Cup ‘sexiest fan’ is at risk of arrest

Police raid the Scientist in Kalamata