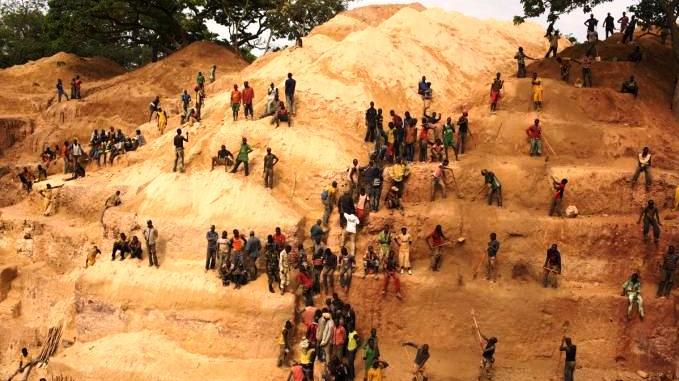 #other countries A week ago, 100 people were killed and 40 wounded in clashes between gold miners in northern Chad, the defense minister told AFP.

The May 23 clashes in Kouri Bogodi, near the Libyan border, began “from a petty altercation between two people that degenerated,” Major General Daoud Yaya Ibrahim, who is on the spot, said by phone. He added that the ensuing clashes between miners left “a hundred dead and forty wounded at least.”

He added that the ensuing clashes between miners left “a hundred dead and forty wounded at least.”

The area, located in the enormous and inaccessible Tibesti mountain range, is full of mines, often clandestinely exploited by a large number of gold prospectors from all over the country and from the neighboring countries, Libya, Niger and Sudan, in a land and in a hostile climate which It makes it difficult to control the places by the authorities.

The Minister of Communication, Abdel Rahman Kalamallah, said in a press statement, Wednesday, that these clashes, which are more than a thousand kilometers northeast of the capital, N’Djamena, resulted in “losses of life and several wounded”, but without going into further details.

>>> Read also: Senegal: a gold miner killed and a customs and gendarmerie brigade set on fire

Daoud Yaya Ibrahim said, “This is not the first time that clashes have occurred between gold miners in the region, and we have decided to suspend all gold mining operations in Kouri until further notice, knowing that the vast majority of them are illegal,” referring to the clashes. She was among people from Mauritania and Libya.