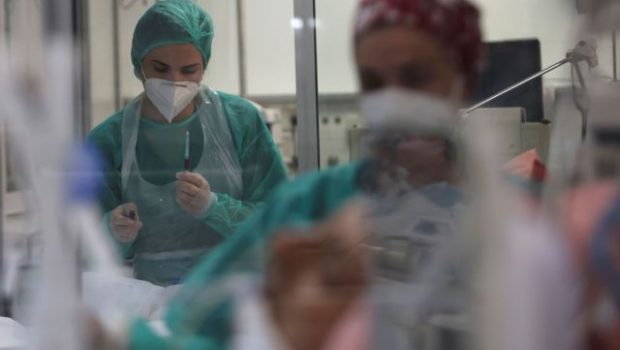 Almost three years after the onset of the new epidemic Corona Virushow many died The data is imprecise, and the numbers vary — but experts generally agree that SARS-CoV-2 killed many more people than the official numbers show.

Data available to the World Health Organization (WHO) indicates 6.5 million deaths so far.

But groups of researchers, including the World Health Organization as well as the press, for example The Economist, agree that the number of deaths is in fact “between 18 and 20 million” and even these figures “may have been underestimated”. Epidemiologist Antoine Flau told AFP.

Excess deaths include both deaths directly attributable to disease caused by the virus and those due to indirect causes.

India is the country contributing the most to the excess deaths, reaching 4.74 million deaths, according to the exact calculation model, but the methodology taken by New Delhi strongly objects.

It is followed by Russia (1.03 million), but Latin America is where the model shows the largest difference between the projected number of deaths (based on the average of previous years) and the estimated actual number of deaths. In Peru, for example, the death rate is more than twice that of normal periods.

Why is counting so difficult?

The death toll from COVID-19 remains a sensitive issue; It was underestimated in some countries, much less than it was in others, especially early in the pandemic.

Fragmented data is also blamed for the lack of data in some countries. “For nearly half of the world’s countries, excess mortality cannot be tracked with the data we have,” the WHO researchers emphasized in their article in the journal Nature.

In Africa in particular, monthly data on causes of death can only be found for six of the 47 countries.

It is difficult to attribute a death to COVID-19. “When a death occurs inside a hospital in a developed country, where (COVID) has already been diagnosed, it is possible to attribute it – or not – to the virus,” but outside hospitals, for example in nursing homes and doctors, Antoine Flau asserts: “We have no information.” generally sufficient to reach a conclusion.

China may suffer a heavy price

According to the Seattle-based Institute for Health Metrics and Evaluation, which released a mid-month estimate of mortality trends, the death toll from COVID-19 in China could reach about 300,000 on April 1 and pass one million by 2023.

In this country, according to APE, a large number of people have never been vaccinated due to the zero COVID policy, and a large part of the population has not been vaccinated or not fully vaccinated.

The experience of Hong Kong, where 10,000 people died in the first months of the Omicron wave, portends a high death rate.

Last week, Chinese authorities clarified that only deaths directly attributable to respiratory failure due to COVID-19 are now being counted. This change in methodology means that their actual number will be underestimated.

The importance of reliable data

“We need reliable data ‘so we can stay ahead of the virus,'” Ali Mokdad, a professor specializing in public health data collection and evaluation at the IHME Institute, told AFP. Knowing a victim’s account allows guidelines for public health policy-making.

See also  Back when the tapes were traded in Omonia

“To get out of this crisis, the world must be able to monitor deaths and deaths with real-time, reliable and usable data,” experts from the World Health Organization rule.