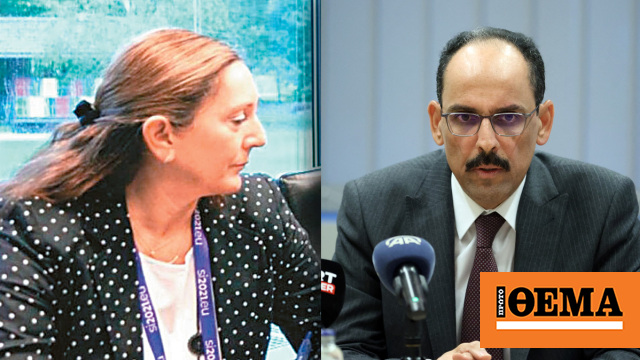 Berlin confirmed the meeting on Friday by top diplomatic officials Hellas And Turkey, but not the content. However, the German government admitted through its spokesman that Berlin had a behind-the-scenes role.

Also present at the meeting was the German Chancellor’s diplomatic adviser, Jens Bledner, who was the German ambassador to Greece in the past. Deutsche Welle reports.

He arrived after the German chancellor’s representative, Stephan Hepstreit, was asked a related question by journalist Georgos Papas about the meeting and its content. It asserted its right following the German initiativeHowever, they are shrouded in secrecy, with no indication of the content of the conversations.

“I can confirm that such a meeting took place, but the content of such conversations is confidential and that is justified. The Greek Prime Minister and the Turkish President The Germans expressed themselves very favorably on the question, would such a meeting be useful. The meeting was therefore held, and other similar contacts are expected to follow,” the government representative specifically stated. To a clarifying question about whether this particular move essentially marks the beginning of a new German mediation effort, Stephen Hempstreet replied: “We believe. Further communications will continue, but everything else will remain confidential».

In recent months, the Chancellery and the German Foreign Ministry have repeatedly suggested that Germany could help in a constructive way in the dialogue between Greece and Turkey.

See also  "I didn't do it, I'm educated, I'm respectable," says the 40-year-old man who was identified as the kitten trampler.

In addition, Chancellor Olaf Solz and Foreign Minister Analena Burbok Greece (both during their visit to Greece) has clearly defended against Turkish aggressive rhetoric condemning the questioning of Greek sovereignty in the Aegean. Those are reports that have reportedly caused a strong reaction from Tayyip Erdogan.

In the “hot” summer of 2020, at the initiative of then-Chancellor Angela Merkel, there was German mediation between Athens and Ankara, when Greek-Turkish relations had reached a point of dangerous escalation.

Dilek Imamoglu: Who Is Istanbul’s “First Lady” Not Afraid of Erdogan?

Brad Pitt kissing Margot Robbie in ‘Babylon’: ‘When will I ever get a chance to do it again?’