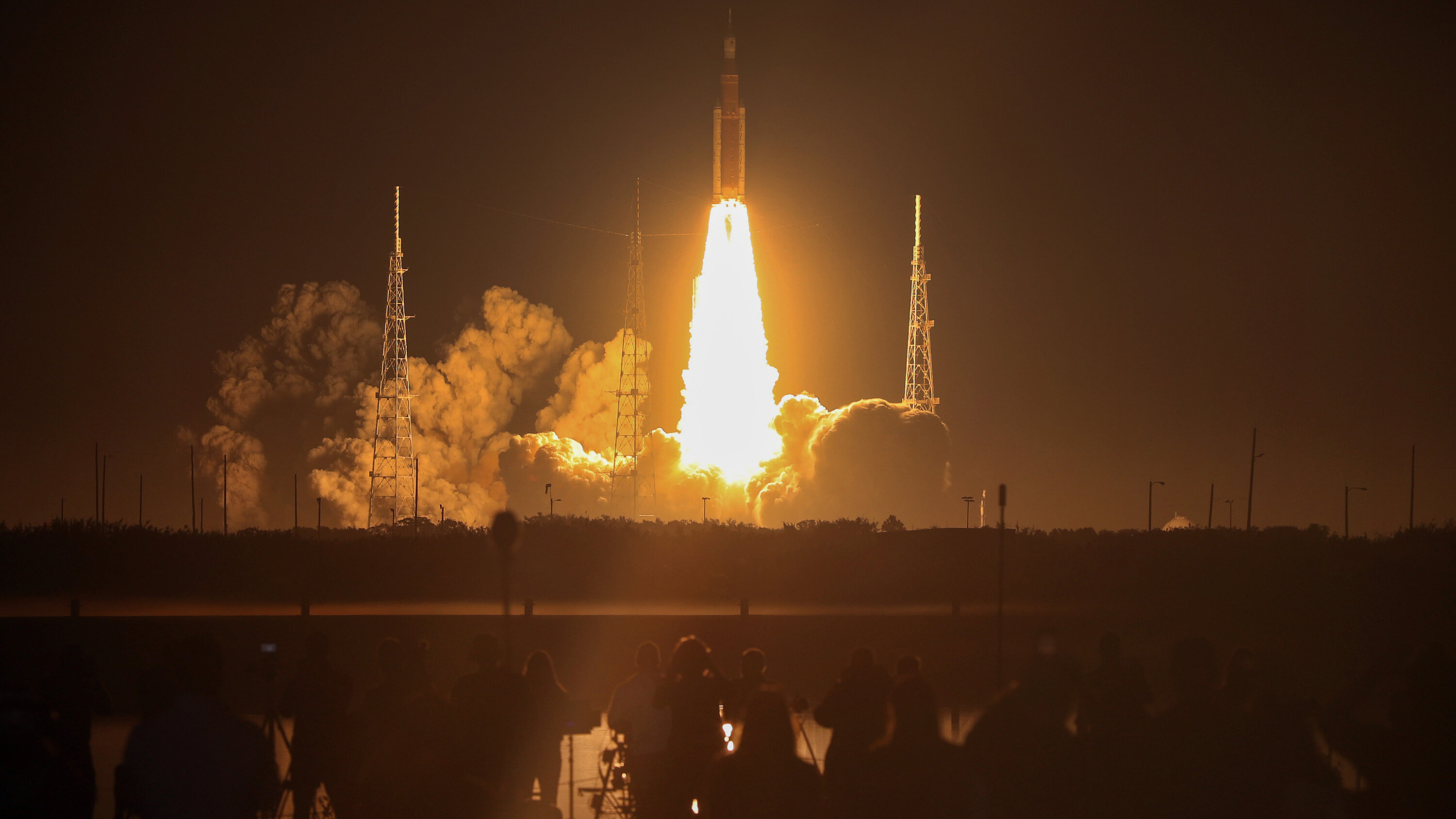 after streak Postponements and delays — related to engines, fuel leaks, and weather conditions — NASA’s Artemis I mission has finally launched from Kennedy Space Center in Florida.

The massive 98-meter-high SLS (Space Launch System) rocket carries the uncrewed Orion capsule and is the result of NASA’s collaboration with subcontractors Boeing and Lockheed Martin, with the former developing the rocket and the latter the space capsule.

The launch marks the official start of the US National Aeronautics and Space Administration’s Artemis program, which aims to return the West to the moon for the first time since 1972, when Americans last set foot on the moon. Also note that this is the first time that NASA’s Space Launch System (SLS), the most powerful rocket to date, and Orion space capsule have launched together.

It took more than a decade to develop and build the SLS. Although it is considered the most powerful and advanced missile ever built, many have not hesitated to call it “an exorbitant, government-funded waste of American taxpayer money” since there are private companies that, for much less money, can take over the game.

Just before yesterday’s launch, there was a moment when NASA was once again unsure about a launch. The space agency team discovered a leak in the liquid hydrogen regeneration valve in the launch tower, and it took a while to properly secure the screws around it. At the same time, a problem with the radar intended to “track” the launch was discovered as it was found to be offline. In the end, the NASA ground crew was able to recover the radar because the malfunction was caused by a faulty ethernet switch.

See also  GTA 6: The hacker responsible for the leak has been arrested in the UK

The US National Aeronautics and Space Administration once again had to delay the launch of the Artemis I mission by about an hour, but this was the latest delay. Finally, the launch of the SLS rocket with the Orion capsule from the base was successful. Minutes later, the Orion capsule successfully deployed its solar arrays and shut down the primary stage’s engines, separating from the rest of the vehicle and plunging into the Atlantic Ocean. Then the second stage of the rocket fired its own engine as it was intended to put the Orion space capsule into orbit around the moon. At some point it will “detach,” leaving the uninhabited capsule alone for a four-week trip around the Moon before procedures begin to return it to Earth. Somewhere along the way, the capsule will launch 10 small CubeSat-style satellites designed to conduct separate science investigations to aid future deep space missions. See also  Why Mars Is Uninhabited - The Germ Theory