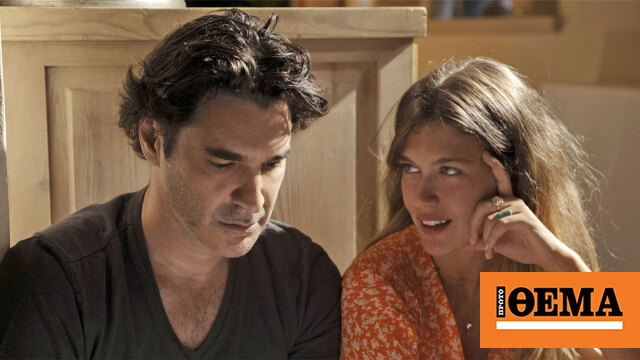 The Netflix Take over the global rights to the successful Greek series bandleader artistAnd the From Mega.

The drama, written, directed, and starring Christophoros Papakaliates, will reach Netflix subscribers in Greece and Cyprus on December 19, 2022 and will premiere worldwide for the first time in early 2023.

As mentioned before Christophorus Papakaliates: «I appreciate ‘Maestro’ so much from my heart, and it’s an honor and pleasure that this story can travel around the world via Netflix. I look forward to this trip.”

Reports have long suggested that the series will be on the Netflix list, and now it’s official. The Christoforos Papakaliatis series has won the best impressions from the very first moment, ensuring each time a new episode is shown a high place in the ratings table.

In the nine episodes of “Maestro”, Q Christophorus Papakaliates He masterfully tells a compelling story of passion and conflict. The talented cast embodies multidimensional heroes, with which the creator tries to delve into the psychology of the species characteristic of our society.

In the story, Orestes travels to a small island in the time of an epidemic in order to hold a music festival from scratch. Faced with the island’s small society and all its ills, he will find himself entangled in an extreme love story that will be the impulse to bring to light all the social problems that have plagued a whole group of people. They are all related to each other and somehow complicit in what comes next…

“The Maestro is the hardest job I’ve ever done, but it’s also the best”


At a press conference in September about the series, Christophoros Papakaliates said: “I am very proud of this project, because I think that technically it is a unique moment, not only for me, but for everyone who came together. I am very lucky, because thanks to these actors, the story of “Maestro” has gained meaning and substance. For me this is important. To be able to tell your story in the best possible way and to make sense. The photography, music, editing, cameras and all collaborators have all done their best to create a project in our language, but it will also be able to stand out all over the world.”

See also  Alexandra Palaeologus on the loss of her child: "The pain is so great that I did not expect it"