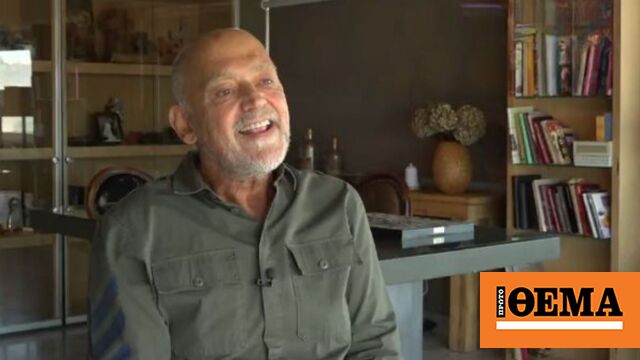 In the rumors that were circulating about his relationship with him Fotis Sergolopoulos The child’s word Stelios Barliaros.

The well-known Halawani spoke on the “Iftar” program, and at first he mentioned how the rumors surrounding his relationship with the program’s presenter had arisen.

“They happened to say then, that Fotis was having an affair with a chef and because I am a close friend of Fotis… who is the TV chef and his friend? I am. So Parliaros, so that kid is Parliaros too explained.

“And now we’re with Fotis and we’re laughing. The day before yesterday when Fotis celebrated his birthday, I also saw his baby and said ‘Go to your father and kiss him’ and we laugh. We’re making fun of him now,” accomplishment. As he said in the conclusion, this rumor will not stop spreading. “The child will marry, go to college, and keep saying it’s mine.stated in conclusion.

Forthetis himself declared his innocence of the “arranged” attacks on his home, spoke of a “scenario” of the police

Through the mediation of Abramovich, the British prisoners of war were released from the Russians – the “royal” flight by a private plane