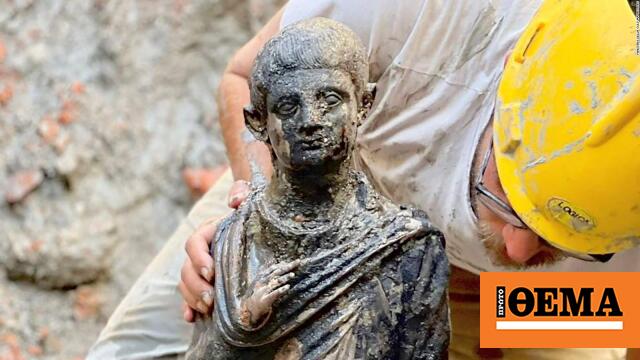 great treasure archaeological value They hid the muddy ruins of an old bath in San Cassiano di BagniIt is a town in the province of Siena, about 160 km from the Italian capital.

Italian archaeologists shed light 24 beautifully preserved bronze statuesIt is believed to date back to between the second and first centuries BC. Statues depicting Hygia, Apollo and other Greco-Roman deities were created during a period of great change in antiquity. Tuscanyand more specifically during the transition from the rule of the Etruscans to the rule of the Roman Empire.

Several Italian experts speak of a momentous discovery, one of which noted that it “could rewrite the history” of the region.

Most of the statues were found buried under the baths with approximately 6000 copper, silver and gold coins.

The Jacobo TambuliThe professor at the University of Siena for Foreign Students, who is leading the excavations, believes the statues were immersed in thermal water in some form of ritual. “You introduce something to the water in the hope that it will help you as well,” he points out.

The sculptures will be transferred to a conservation workshop in Grosseto and after some time will begin to be displayed in a new museum in San Cassiano.

according to Massimo hosannaDirector General of the Italian State Museums, the archaeological discovery in Casciano is the most important since Warriors Rias and “certainly one of the most important discoveries of bronze monuments in the history of the ancient Mediterranean.”

Albert of Monaco was first photographed with his two illegitimate children

See also  His Majesty the King has always supported the two-state solution, living side by side