The head of Venezuela’s diplomatic mission in Spain, Mauricio Rodríguez, marked the two hundred and eleventh anniversary of the signing of Venezuela’s Declaration of Independence and the Day of the Bolivarian National Armed Forces.

At the foot of an equestrian statue of the Liberator in Madrid’s Parque del Oste, Rodriguez underscored the challenges facing humanity with climate change, the food crisis and intensified global fears and coercive measures that are choking some countries.

Hostilities and embargo measures against the economies of the free, independent and sovereign countries of Latin America – with clear reference to Cuba and Venezuela – and the persistence of a polar world in its unfailing shift towards diversity have been noted by diplomats.

He recalled that the region known as the New World is home to 654 million people and currently comprises 70 percent of the mega-diverse region of Brazil, Colombia, Venezuela, Mexico, Peru and Ecuador. 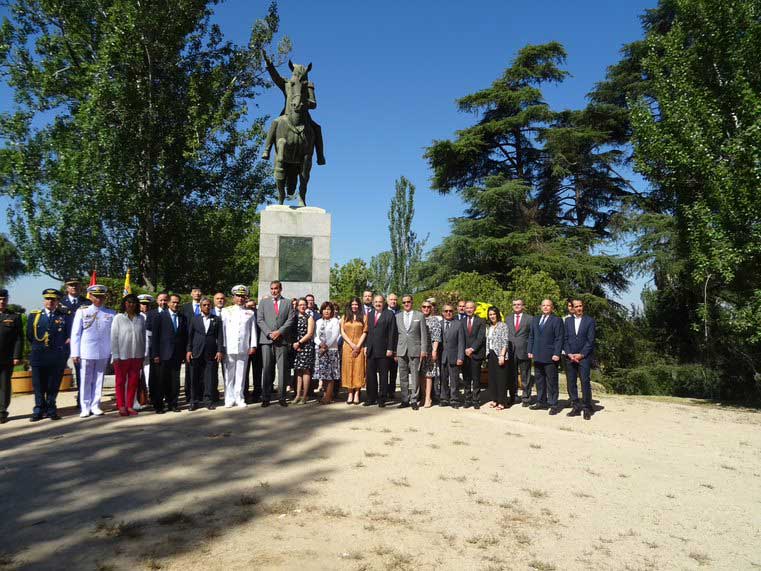 The Secretary of State for the 2030 Agenda, Enrique Santiago, and General Secretary of the Spanish Communist Party (PCE) were among those who took part in the ceremony.

See also  The United States reaffirms its commitment to Colombia against supporters of Venezuela, Nicaragua and Cuba.