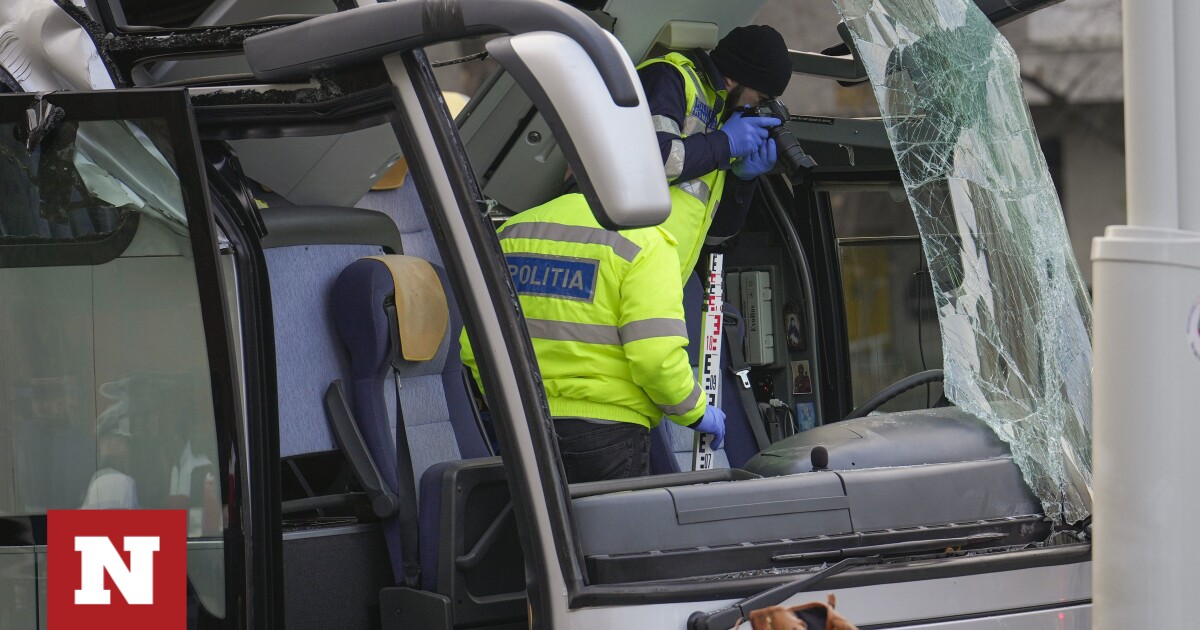 accident Bucharest: Tourist bus driver returned to Greece – according to his lawyer – he is accused of murder

An indictment and criminal case against the tour bus driver was filed by Romanian authorities. The charges against him are as follows: The Massacre of 25 persons and personal injury.

The driver was released and allowed to return to Greece on the condition that he return to Romania whenever required by the authorities.

The lawyer of the driver Mr. Speaking about his client, Matayo said he met him at the police station on Saturday evening, December 24.

“My client is a suspect and they have not charged him yet. The police may call us again on Tuesday. A report on the investigation is not due until Tuesday. The trial never really started. We talk about what can be done. It is nothing until the final decision comes from the court. My client is a suspect,” the lawyer said first.

Referring to video footage showing the driver changing lanes at the last minute, the lawyer said: “We’re talking for a second. He had to choose soon, and he chose this. He braked so hard that he had no time to enter the tunnel. Brake immediately. A noise was heard. The trainer’s antenna on the front window hit the mark by 3.5 meters and he immediately braked as he realized he was going to be in danger. The sign caught the air conditioner and it turned out to be a tragedy that we all see, and I’m very sorry.»

Finally, Mr. Mathayu is the driver.He did not stay in Romania. He is independent. He may come back. Left at 06:00 this morning.»

A new video documentary “brings to light” Romanian television and shows the last scenes of the fatal bus, which at the last moment, literally, changes lanes.

The driver of a dangerous bus in Romania changed lanes at the last moment, before crashing into a bar, which led to the death of a Greek passenger.

In a video documentary by Romanian media “DG24”, the driver appears to change lanes from the car behind the bus.

The report said that the driver had violated the appropriate sign prohibiting vehicles of a certain height on the given road.

As he explains, The victim’s sister said her brother wanted to surprise her To his wife through this pleasure trip, it cut the thread of her life.

asked the victim’s sister “Let her brother be justified”Specifying how “The inexperience of some disaffected drivers makes me wonder how they get on the bus. This thing drives me crazy…”

She herself, talking to onlarissa.gr, describes him 50 years old A man who loved his family dearly, he denied rumors that his brother had died of strangulation, revealing that he suffered a severe head injury.