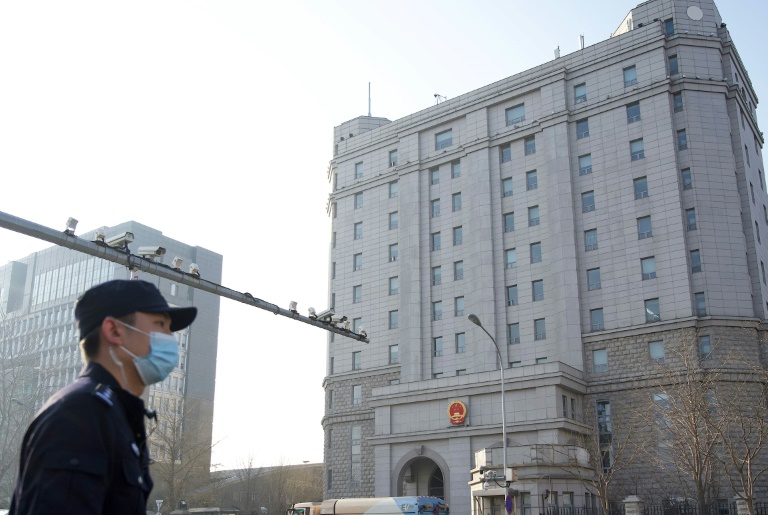 She faces life imprisonment. Australian journalist Cheng Li appeared in court on Thursday on charges of “disclosing state secrets abroad”, the unexpected fate of a former TV anchor in Beijing.

After 18 months in detention, including the first seven incommunicado, the fate of this mother of two children was coupled with the development of relations between Beijing and Canberra, which have fallen to an all-time low in recent years.

His trial for “criminal activities endangering national security” was scheduled to begin in the morning before the No. 2 Intermediate People’s Court in Beijing.

At the door of the court, Australian Ambassador Graham Fletcher denounced to reporters a “secret” trial.

“We were prevented from attending the hearing. It is very worrying, unsatisfactory and very unfortunate.” “There can be no confidence in the correctness of a judicial proceeding in secret.”

Mr. Fletcher explained that the authorities had invoked “national security” to deny him access to court. “But our consular agreements state that we must be able to attend any kind of trial,” he said.

He said he had no information on the charges against Ms. Cheng.

“This is partly the root cause of our concern: nothing allows us to understand why she is being detained,” the ambassador said.

Born in China in 1975, Cheng Lei immigrated to Australia as a child before returning to her home country where she was employed for Chinese state television in 2012.

Her outspokenness could have worked against her, in a country where the ruling Communist Party does not tolerate protest.

See also  A call to action to avoid a "nuclear catastrophe"

“The strong point of Australian education (…) is that it doesn’t just teach you to obey orders,” she stated in a photo broadcast on her channel, where she was in charge in English.

This biography and its broadcasts since his arrest have disappeared from the website of CGTN, which broadcasts the view of Beijing abroad.

A well-known face on the air, Ms. Cheng interviewed business leaders from all over the world.

The journalist’s arrest marked a new stage in the deterioration of relations between China and Australia, which Beijing considers a pawn of the United States in the Asia-Pacific region.

Relations were particularly strained when Canberra called for an international investigation into the origins of the coronavirus, which was first detected in China at the end of 2019.

Bill Bertels, then a Beijing correspondent for Australian television ABC, and Michael Smith, a former Shanghai correspondent for the Australian Financial Review (AFR), had taken refuge for several days in diplomatic buildings before leaving China with diplomats from their country. .

A few months later, Bloomberg’s Chinese employee, Haze Fan, was in turn placed in detention on suspicion of “threatening national security.” She has not been released and her employer has no information about her fate.