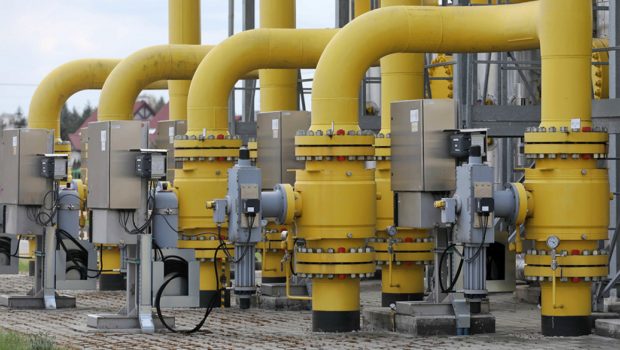 Thursday Energy ministers will discuss and to make decisions on its proposal commission to impose a cap on it natural gas From January 1, 2023. The new mechanism aims to reduce volatility in European natural gas markets while ensuring the security of natural gas supplies. However, it chooses to suggest very high activation values. The proposal must now be approved by the Member States.

As reported by EU Energy Commissioner Cadre Simpson, the European Commission has proposed a gas price cap of €275 per MWh for next month’s fund contracts.

Also read – Germany: a ceiling on natural gas and electricity prices, as of March

The truth is that many EU countries oppose imposing the gas market correction mechanism. A diplomat noted that the majority group expected the cap to be around 150-180 euros per MWh, to activate the cap several times a year.

Read also: Natural gas: a price cap – the entirety of the commission’s proposal

The title of the authority’s proposal is “Establishing a market correction mechanism to protect citizens and the economy from excessive price hikes.”

The Commission notes that since the Russian invasion of Ukraine, natural gas prices have reached an unprecedented peak throughout the European Union, reaching record levels in the second half of last August.

says the Commission, which proposes to prevent the recurrence of such events with a temporary duration and well-targeted means of automatic intervention in natural gas markets in the event of significant price increases.

A safe rate ceiling of €275 is proposed for fund derivatives for the following month. Securities Transfer Facility (TTF), which is the most widely used gas price benchmark in the European Union and plays a major role in the European wholesale gas market.

How will the mechanism be activated?

The market correction mechanism will be triggered automatically when two conditions are met:

Or notwhen the derivative settlement price on the TTF exceeds €275 for two weeks.

When these conditions are met, ACER will immediately request a market correction and inform the Commission, the European Securities and Markets Authority (ESMA) and the European Central Bank (ECB).

The next day, the price correction mechanism will come into effect and orders for quarterly TTF derivatives that exceed the maximum price of the security will not be accepted. The mechanism can be activated from January 1, 2023.

The council’s proposed bylaw includes safeguards to avoid disruptions in the energy and financial markets.

In order to avoid the security of supply problems, the maximum price is limited to one future product (TTF futures) so that market operators can still meet demand and supply natural gas in the spot market and over the counter.

To ensure that demand for gas does not increase, the proposal requires member states to notify within two weeks of activating the market correction mechanism of the measures they have taken to reduce gas and electricity consumption.

Once today’s proposal for a market correction mechanism is approved in Council, the Commission will also propose that, under the Gas for Safer Winters Act adopted in July, trigger compulsory gas provision to ensure demand is reduced.

In addition, there will be ongoing monitoring by ESMA, the European Central Bank, the Cooperation Agency for Energy Regulators (ACER), the Gas Coordination Group and the European Network of Gas Transmission Systems Operators (ENTSO-G).

The commission states that the correction mechanism can be deactivated immediately and at any time. This can happen automatically when its operation is not justified by the situation on the natural gas market, that is, when the gap between the TTF price and the LNG price has not been covered for 10 consecutive trading days.

The mechanism can also be deactivated through a suspension decision by the Commission, when risks related to the security of EU supply, demand-reduction efforts, intra-EU gas flows or financial stability are identified.

There is also a possibility for the Commission to prevent the activation of the mechanism in the event that the relevant authorities, including the European Central Bank, warn of the realization of such risks.