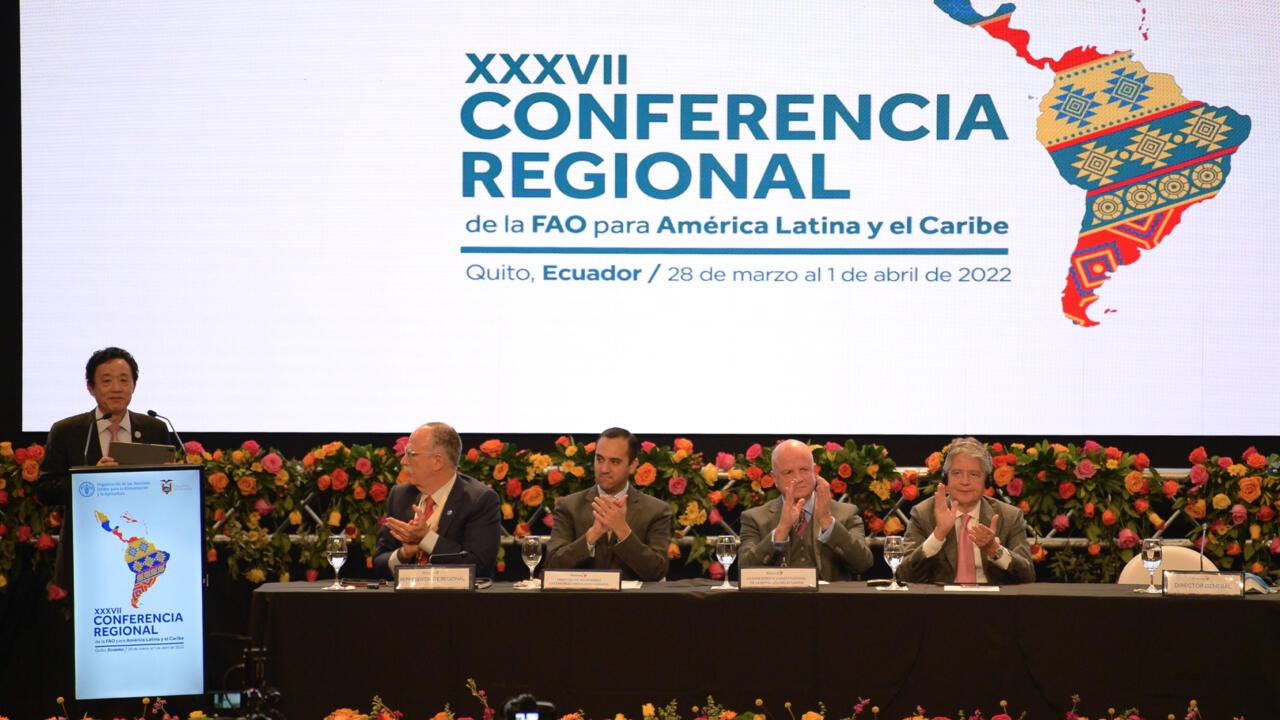 Quito (AFP) – The war in Ukraine threatens global food security and the economic recovery in the wake of the Kovit-19 epidemic, FAO Director-General Ku Tongyu said in Guido on Tuesday.

The world is “affected by the effects of the war in Ukraine, food and fertilizer prices are rising,” he said at the opening of the 37th Conference of the Latin American and Caribbean FAO. It started on Monday in the Ecuadorian capital.

“It threatens consumers and producers, and could affect the economic recovery after the outbreak,” said the director of the Food and Agriculture Organization of the United Nations (FAO).

He argued that “the consequences will be even worse depending on how the conflict develops” and called for “protecting people from hunger.”

According to the United Nations High Commissioner for Refugees (UNHCR), Russia invaded Ukraine on February 24, and about four million people fled the war.

Europe has never seen such a large influx of refugees since World War II.

The United Nations on Tuesday accused Russia of causing a “global food crisis” by attacking Ukraine and provoking war between the two grain-producing nations.

During the FAO regional conference in Quito, which will last until Friday, Qu Dongyu called for identifying key multilateral measures to mitigate the impact of the “crisis” caused by rising food prices.

“No country is big or powerful enough to deal with this problem alone,” he warned.

He stressed that Latin America and the Caribbean, with a population of about 650 million, produce enough food in terms of calories to sustain the lives of about 1,300 million people, according to the United Nations.

“But that is not enough by 2050. We need to support nearly 10 billion people worldwide,” he added.

He pointed out that the region is rich in biodiversity and unique wealth, which accounts for 13% of global agricultural and fisheries production, and 34% of the planet’s freshwater resources.

However, he warned that “the plague has hit Latin America and the Caribbean hard. Hunger, food insecurity, obesity and poverty are on the rise, and natural resources and ecosystems are deteriorating.”

According to the FAO, ministers from the region meet with the aim of promoting healthy diets, promoting inclusive rural development and promoting sustainable and flexible agriculture.