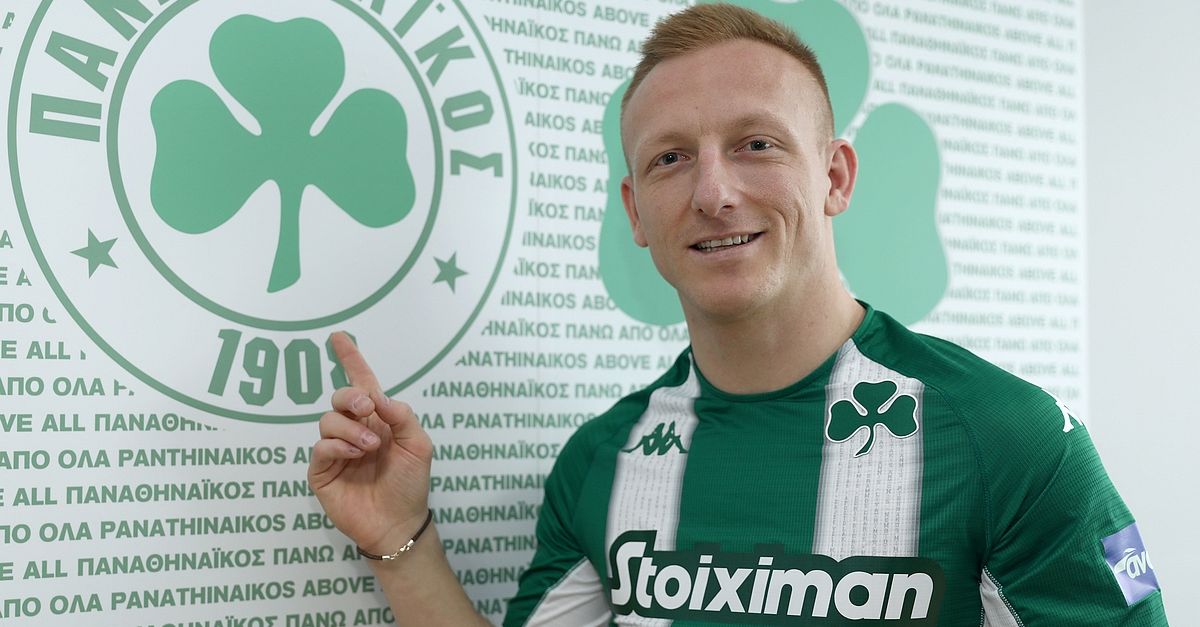 Why Laszlo Kleinheissler didn’t join Germany and how he, at the age of 28, ended up choosing Ivan Jovanovic to strengthen Panathinaikos.

By all accounts, football has a common language. Some know it well, others find it difficult. the Laszlo Kleinheissler She was destined to talk about the ball and that is why she was chosen for him Panathinaikos by Ivan Jovanovich.

clover that He signed a contract for 3.5 yearsIt will be the eighth different team on this business trip in the past 10 years. A football traveler who trades in his art. He was distinguished from a young age for the way he handles the ball, for the way he “sells” himself. Right-footed, but with the ability to create or execute adequately with the left as well, he made a name for himself early on.

Surprisingly and contrary to his credentials, Germany did not suit him as the promised land, and he did not find the fertile ground in which the seed would flourish. When the time came to obtain a foreign passport, he refused to renew his contract with Videoton and did not change his mind when he was sent to train on his own. He now felt that the place did not suit him, and that he was ready to spread his wings for the sake of other nations and experiences.

As the Hungarian Scholes because of the triad similarities (colours, body type, range of motion).

Germany did not suit him

Werder’s radars spotted him for a long time, and their people took advantage of the appropriate situation that arose at the dawn of 2016. 300,000 euros did not come out of the coffers of the German club to transfer him to Bremen.

The problem was not financial. The problem was that it was not properly appreciated that, in addition to his young age, Kleinheisler did not know English. Not even a word of German.

Growing up in a rural town in his home country (Kazincbarčika), he had little interest in learning foreign languages, as he was devoted to football. A factor that ultimately proved to be a deterrent to its development.

His strong start in the Bundesliga misled many. The Hungarian midfielder entered with a huge appetite to prove himself early on, but adapting to the new and demanding daily life faced insurmountable difficulties.

Without knowing the language, he struggled with harmony on and off the field. He made no serious efforts to improve, and Werder was impatient with him.

It was sidelined very quickly, after only a few weeks. He was regularly accused of not yet being able to meet an elite level. That he did not faithfully follow orders, did not fit into the general plan. He wasn’t listening. He played only seven times on the green before leaving for Darmstadt.

For the first six months of the season, he played a bit more, but he was trapped in the exact same bubble. The impossibility of communicating with those around him ruled out the possibility of him staying there after December 2016.

Reboot with back steps

Returning to Hungary to play for Ferencváros was not a priority for him even though it was a championship team. He didn’t care, but at that point it was a one-way street. It was evident from the fact that he didn’t show any appetite. He left after 15 rounds.

He began to find himself after he went to Astana. There he regained his confidence day by day, and he didn’t need to express himself so much. or request explanations. In any case, they spoke an unknown language there as well. After he played everything was better for him. At first his figures were of secondary importance.

It also gradually improved as a result of the agreement reached with the Croatian Osijek and reintegration into the second division of European football.

But she did it to him because she felt comfortable and familiar, because she could do everything her rich talent gave her the right to do. In his four years there he was a clear reference point on the field. Playing mainly on the axis, but also from the flanks, he carried the ball, distributed the play, executed it and scored in every possible way.

Kleinheissler is a heathenHe finished his four-year stint in Croatia with over 130 appearances and double figures in both goals and assists. Speaking the language of the ball to the fullest, the 28-year-old Hungarian now has the opportunity to develop a new communication symbol. He is with his teammates at Panathinaikos.