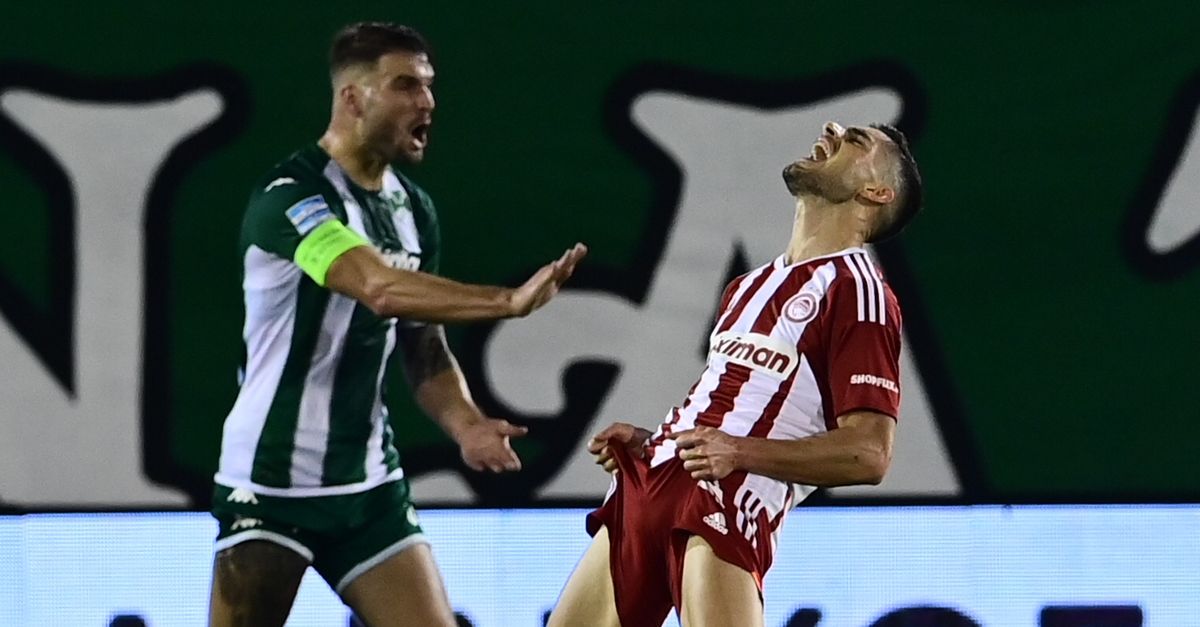 Olympiacos highlighted his weaknesses and gave him a huge gift. He made the entire organization realize that the path to winning the championship wasn’t going to be permanent, and in order to withstand tough continuity, he needed to gain quality depth in his roster. Charlie writes.

The Panathinaikos was lower than him Olympic, lower than the conditions and expectations created by his players. But he managed to reach the last stage, Fantastic result.

The draw was the result of luck, not skill

They do not give up any match and fight until the last stage. Valid as a general comment, but not regarding yesterday’s match.

Panathinaikos may have equalized in the final stage of the match, but the penalty kick that brought the goal It came from a needless individual foul and the equalizer was the result of luck, bad timing by the opponent, whatever you want to call it, but not skill, not some effort from Jovanovic’s players.

Of course, a poor picture in one game does not cancel the effort that preceded it, nor the impressive streak of victories.

He missed the opportunity to kill Olympiacos

But Panathinaikos in Sunday’s derby had a great opportunity to leave the perennial champions of Greece, a team that have won 22 of their last 26 titles, out of contention for the championship. To bring him into a situation where he would normally bring in title contenders from November and he didn’t work out.

On the one hand, the match hid a history for Panathinaikos, as Jovanovic’s players for the first time after four years had a chance to knock Olympiakos out of the title since November. In this challenge they proved themselves inferior.

However, Avila Panathinaikos’ mistake gave a huge result in the end, which combined with Draw won by AEK in Tripolimaintains Jovanovic’s team in the leadership role.

The tournament will not be a permanent party

But he made it clear to him that the path he should take was not paved with rose petals. How winning the championship will not come through a permanent party, but rather it will come through difficult battles, through war.

Panathinaikos was tested in the match against Olympiacos and saw its weaknesses. It became clear that in order to survive in this difficult race that will be decided in the playoffs, in a league with consecutive derbies, he must strengthen, gaining more depth.

Olympiacos had many victories, and Jovanovic could not find answers

Olympiacos achieved important victories and tied his hands Jovanovic. He took the center position from the twentieth minute until the end of the match. It was clear that Imbella swallowed Bernard, Huang became coach of the match, and pressure on Perez cut Panathinaikos in two.

Also the level of the opponent, the very good day for the outstanding midfielders that brought Mitchell Panathinaikos into a negative role, from which he did not escape in any way and highlighted the absence of Aitor.

The gap that was hidden in Volos, because of the easy passage that Panathinaikos had, red and white proved to be great. In a team that Jovanovic’s team usually dominates and makes wins, he loses the state battle.

Verbic, who had two positive matches against Aris and Volos after a difficult start, was a big problem for his team. He easily lost the ball, couldn’t follow Avila in defence, and the problematic process kept Juancar down as well.

Of course, no one can exclude that he can improve and provide solutions in the future, but the game showed that there was a need for a really high-level replacement for Aitor.

See also  Super Cup, Panathinaikos - Colossus 72-67: In the final with fire and iron

When Palacios lost, he went to 0-0 حماية protection logic

also When Palacios lost, the only player who was a problem in the Olympiacos defense, the coach did not have a player to replace him. If he didn’t want to spoil roles and positions, he should have put on Vagiannidis.

When Yovanovitch saw the picture of the match, he knew how to do the lot with him, when Palacius lost he decided to go for the logic of protecting the lot.

He chose to correct the problem that was in the pivot, but the choice to play Corbeles with Perez makes Panathinaikos very conservative. It’s not a solution to go play at the same time as Perth, Corbeles. The team loses a player in the development process, the middle three stays low and the sporar distance opens up from the pivot players.

Also, Bernard could not defeat the most powerful bodies that Olympiacos had in the axis, but on the bench, Yovanovich did not have to look at a creator. Keep in mind, I don’t want to be misunderstood. I have written many times that improvement in the team did not come through easy solutions, like convincing footballers to fix a problem, but through hard work.

Good work done, it continues and will continue with Jovanovic at the helm of Panathinaikos. But Olympiacos came to offer a huge gift for the club’s efforts to win the title.

Show him that he needs more solutions. How he endures such a difficult road to winning the title, he needs at least two barbarian moves, to replace Aitor and not to make the final creation of Panathinaikos rely solely on Bernard.

Avila’s foul and a two-point drop from AEK makes a tie look like a win. The length of time the game is awarded, as well as the terms, are reminiscent of the first professional tournament Panathinaikos won in 84 minutes with Jacek Gmusch.

That year, Panathinaikos did not start out as a contender for the title, but made a great start and took the lead. In the last match of the first round, he played at home against Olympiacos. Panathinaikos was five points ahead, the win giving him two points, and he was on his way to the derby with an air of victory.

His friends who went to Leoforo to watch the Gmoch team impose themselves and clean up the league witnessed Olympiakos dominating and the 0-0 final was unfair to Whites and Whites.

The Polish coach has confirmed many times in his stories that it was this 0- result that made the difference and awarded Panathinaikos the championship.

At the end of the track, Avila’s mistake and Sporer’s penalty were likely decisive. It will certainly be a very important match day, which will work for Panathinaikos, if we are talking about a championship, without two-round playoffs.

But there are play-offs and the tournament will be decided in a 10-match tournament with consecutive derbies. To be able to beat it, you have to be the best to the end. The match against Olympiacos showed him that he must increase his roster, and add other new players, so that he can carry on until the end.

Panathinaikos needed this knowledge and relegated a lot and could feel the blessing at the club, which came without losing the score.