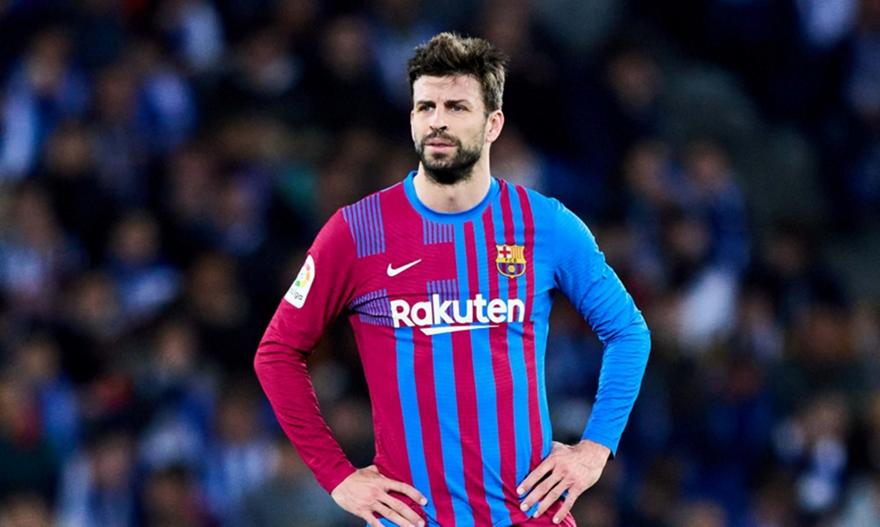 Gerard Pique threw a bomb! The experienced defender announced on social media that he will leave the club after 14 years BarcelonaThe next match against Almeria on Saturday will be his last at the Camp Nou as a Blaugrana player. In fact, it looks like this will also be the end of his football career, as he specifically mentioned He doesn’t want to play for another team!

“This Saturday will be my last game at the Camp Nou – I’ll be back sooner or later”states, among other things.

Pique is the product of her academies Barcelonawhile competing for a short time in Manchester United and Zaragoza. I wore 615 times The Catalan shirt, after he scored 53 goals, while with the “Blaugrana” Won 4 Champions Leagues, 8 Spanish Leagues, 7 Spanish Cups and more. side by side, He won the World Cup and the European Cup with the Spanish national team.

“Coolers, I’m Gerrard. In the past weeks a lot of people have talked about me. So far I haven’t said anything, but now I want to be the one speaking for myself. I’ve always been a Barcelona fan, like many of you. I grew up in a family that loves football.

From a very young age, I did not want to become a footballer: I wanted to become a Barcelona player. I’ve been thinking about this kid a lot lately. About what young Gerrard would think if he was told that all his dreams would come true. That he will play in the first team of Barcelona, ​​​​that he will win all the titles, and become the European champion and the world champion.”

All this comes… Suddenly and a few days after his statements cure that Pique is an important footballer and a captain in the locker room, while it is possible that his aforementioned decision to leave is linked to the latest reports that said that For Lionel Messi to return, the 35-year-old defender will have to leave.

“I want to tell you that I have decided this journey is over. I have always said that there will be no other team after Barcelona. And that is exactly what it will be. Saturday will be my last game at Camp Nou. He will become a regular fan. I will support the team. I will transfer My love for Barcelona is to my children. Like my family did to me. And you know me. I’ll be back sooner or later.”