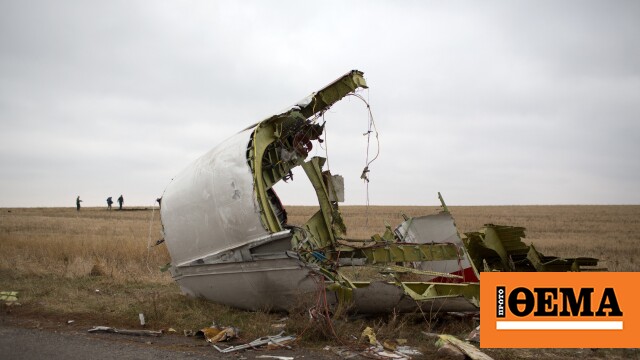 A Dutch court sentences three suspects convicted of manslaughter for their role in the downing of a passenger flight to life in prison MH17 Malaysia Airlines over Ukraine in 2014.

The two defendants, former Russian intelligence officers and a Ukrainian separatist leader, were convicted of shooting down the plane and killing both. 298 passengers. They are Russians Igor Girkin and Sergey Dubinsky and Ukrainian Lentin Kharchenko.

The court also ordered the convict to pay more than 16 million euros in compensation to the relatives of the victims.

The suspects were convicted in absentia and remain at large. It is believed that they are located in Russia, which will not extradite them. The court ruled that the perpetrators did not enjoy immunity because they were not members of the Russian armed forces.

The Malaysia Airlines Flight MH17 It was shot down in 2014 by a Russian-made missile fired from a farm in eastern Ukraine, according to the Dutch court where the trial was held. Trial of four suspects to shoot down the planeAdding that Russia was largely in control of the separatist forces in the region when the plane was shot down.

«Court rules MH17 was shot down by a BUK missile fired from a farm near Pervomaisk, killing 283 passengers and 15 crewsaid Chief Justice Hendrik Stenhes.

«As of mid-May 2014, the Donetsk People’s Republic was largely controlled by RussiaStenhes said, referring to the area where the passenger flight was shot down on July 17, 2014.

At the second stage, the Hague District Court sentenced the Russians Igor Girkin, Sergey Dubinsky and Ukrainian Lentin Kharchenko Responsible for the downing of Flight MH17 and the deaths of 298 passengers, and were sentenced to life sentence. At the same time, the judge rejected the Dutch prosecutor’s request to imprison the fourth Russian suspect Oleg Bulatovwho was acquitted of the charges against him.

This is the first time a court has ruled on Russia’s role in the conflict in Ukraine since Russia’s invasion of Crimea in 2014.

The Kyiv appealed against Moscow He accused her of financing terrorism in 2017 for supporting pro-Russian separatist forces in Ukraine.

Ukraine appealed against Russia in both countries European courts Beside at the International Court of Justice in The Hague arguing that Moscow took control of pro-Russian separatists in the Donbass region when Flight MH17 was shot down.

The victims of MH17, which was flying from Amsterdam to Kuala Lumpur, came from 10 different countries. More than half of them were Dutch citizens.

The investigations were led by the Netherlands, with participation from Ukraine, Malaysia, Australia and Belgium.

Mitrakis: We have limits against Erdogan – needless to say “they won’t come overnight”