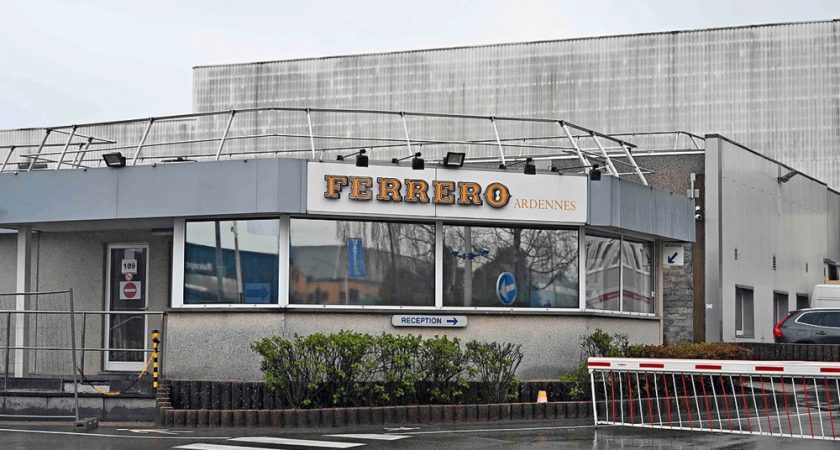 A meeting was held on Saturday between unions and management of the Ferrero factory in Arlon to try to reassure workers.

We have known since Friday evening, The Ferrero Ardennes factory located in Arlon no longer has a production permit. A decision by the Federal Food Chain Safety Agency (Afsca) due to several cases of salmonellosis identified in Europe in recent weeks in Kinder chocolate. A case was detected in Luxembourg. This Saturday, unions were able to meet the Ferrero site’s personnel director.

A meeting in which workers’ representatives gave answers to their many questions. It mainly concerns the future of 800 seasonal workers whose contract has just expired, in this traditional downturn of production. They were supposed to sign a new contract after the Easter holiday. What will happen? asks Sylvian Arnold, Permanent CSC for the Food Sector.

As we know the Arlon plant will be closed next week for the long announced maintenance work. But then? “The management has announced to us that they will extend the maintenance work along with the cleaning work for one week. Therefore, additional personnel will be needed. Ferrero management is awaiting instructions from Afsca. When this data is known, Ferrero will see more clearly and the action plan we request can be drawn up,” she continues. Sylvian Arnold.

For those who will not find their way back to the factory, the question of salary arises, and at the moment the conditions are not known. The company says it is ready to cooperate with Afsca and would like to be able to resume production as soon as possible. Ferrero has also pledged to engage more with its workers. On Friday afternoon, when Afsca’s decision was announced, the production line ran until 10 p.m.

The workers have finished their daily work and the night shift has come to clean the production line. You can’t simply stop a production line, you have to empty the line. Management has also been awaiting details from Afsca about the terms of this shutdown,” explains a union representative who spent part of the night from Friday to Saturday at the site as close as possible to the frustrated and anxious workers.