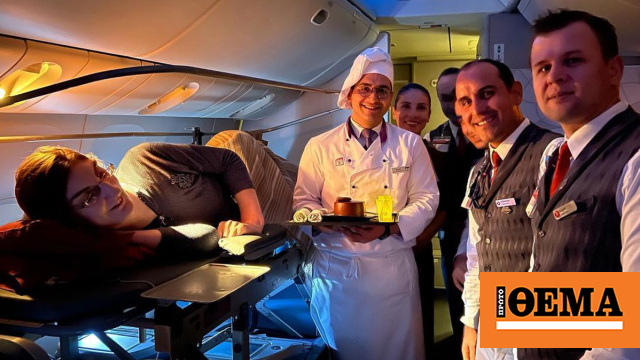 The tallest woman in the world made her first flight, in fact, Turkish Airlines specially adapted one of its planes to accommodate her.

The Believe in GiljiAt over two meters tall, she is officially the tallest woman alive, winning the Guinness Book of Records this year.

She usually gets around in a wheelchair or with the help of a cane, as her massive stature is caused by a condition called Weaver’s syndrome which, among other things, causes accelerated growth.

look at the pictures:


According to the Daily Mail, 24-year-old Gilji has never flown before. but, in September He flew to San Francisco on a Turkish Airlines plane, which was removed Six jobs on one of her planes and replaced them with a specially made stretcher to allow Gilji to fly in comfort.

Posting on Instagram after landing in California, Gilji highlighted, among other things: “Flawless flight from start to finish…This was my first plane ride, but it definitely won’t be the last…”.