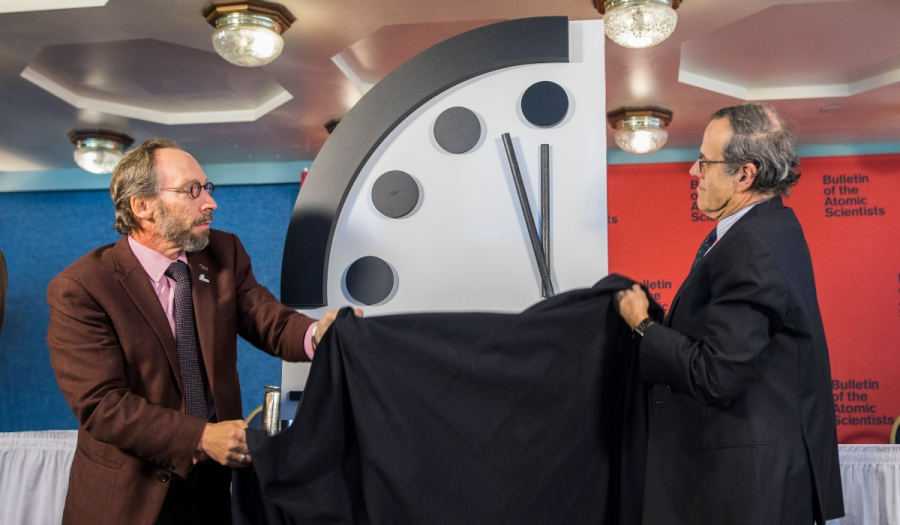 The countdown has begun to reveal the new “time” that the Apocalypse Clock will show, with the official announcement expected today, Tuesday (24/1).

The reason for a virtual clock that symbolically shows how much time humanity has left before it destroys itself. The clock “belongs” to the Bulletin of the Atomic Scientists (BAS) and the “time” it now shows is 100 seconds before midnightIt is an indicator that has not changed since 2020.

However, if one only takes into account what has happened in the past year – such as the Russian invasion, energy crisis, etc.

When will the new “time” be announced

Today, Tuesday at 17:00 The new “time” is expected to be announced by scientists that the Apocalypse Clock will appear this year.

How does “time” come about?

Nuclear scientists and others have played the role of observers for 76 years (since 1947).

Specifically, a team of consultants, researchers and policy experts with the BAS assesses the state of the world each year to decide whether the clock will move forward, backward or remain flat.

This scientific foundation, which first appeared in 1947, symbolizes the threat of imminent destruction of the planet due to climate change, nuclear weapons and a pandemic.

A group of experts, including 13 Nobel laureates, sign the declaration and set the new date each year.

How much “time” has changed in the past 70 years

How bad humanity has become in recent decades, one can see by observing the “clocks” that the Apocalypse Clock has shown during these years.

See also  Ivory Coast: Pedi and Gbagbo Ouattara dinosaurs, those dinosaurs who do not want to retire from political life