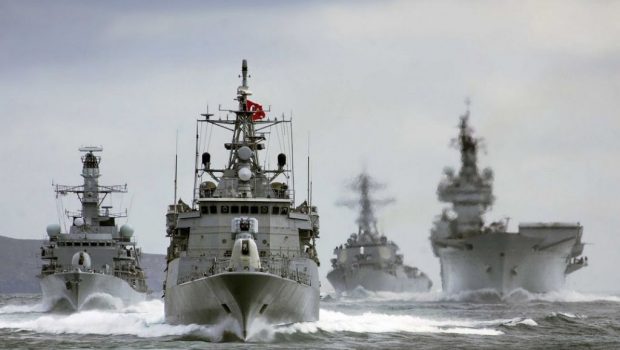 In the wake of challenges and rising tensions with Greece, in recent days the Turkey Turkish officers fired War crimes against our country and attempts to question the sovereignty of the Greek islands.

Ankara’s repositioning of Cassus Belli, under the pretext of being able to extend Greek territorial waters to 12 nautical miles south of Crete, may be a move that at least predictors expect Ankara to move under pressure.

After all, Turkey is also used to making open threats against Greece in the past, when it feels movements are being created on the geopolitical map that it cannot intervene.

Both Prime Minister Kyriakos Mitsotakis and Foreign Minister Nikos Tendias have repeatedly said the government will move forward with the issue whenever and wherever it is deemed to serve the national interest.

The first statement by Turkish Foreign Minister Mevlut Cavusoglu was made on December 29, when Turkey once again recalled Gaz Belly.

The Turkish foreign minister brought back threats of war if Athens exercises its inalienable right to extend its territorial sea to 12 nautical miles.

“Not 12 miles, not one,” said the Turkish foreign minister. According to Turkish media, During the regular press conference before the end of the year.

Recalling Casus Belli, he added: “This decision was taken by our National Assembly in 1995 and the issue is clear and the decision is in force.”

Other Turkish officials, such as the neighboring country’s Defense Minister Hulusi Agar, issued similar statements in the following days.

“We will not accept the extension of territorial waters. We are talking about a Turkey with more than 1800 kilometers of coastline, and with your permission Turkey will enter international waters. What mind will accept that? We say in Greece, “The wrong bill will be returned from Ankara”.

Turkey is moving away from the West

Professors of international relations who track the movements of Turkish officials and “sultans” ahead of elections in the neighboring country explain Recep Tayyip Erdogan’s obsession with Greece.

“We are dealing with a neighbor that is non-negotiable, non-negotiable, disputes the Law of the Sea, does not sign it, and is threatening in every way. At this time, when President Erdogan’s political survival is in doubt, this acuity is attractive,” Costas Yfantis, a professor of international relations, told ERT.

Professor Constantinos Arvanitopoulos, for his part, emphasized that not only is Turkey slowly moving away from the West, but with its current leadership, it is governed by a grand approach.

“In other words, he thinks the current circumstances are favorable for penetration into other areas and, of course, revision of treaties,” he said characteristically.

“He plans a war to save himself”

Yesterday’s Politico article about Recep Tayyip Erdoğan was said to be destroying Turkey’s economy, impoverishing the middle class he supported, dragging his country into an unnecessary war, and manipulating the courts against his opponents. of

In fact, the article talks about Erdogan’s ruthless attempt to cling to power in 2023, the centenary of the Turkish Republic.

The article continues with the “Sultan’s” well-known threats against Greece: “Meanwhile, amid disputes over gas drilling, Cyprus and alleged “militarization” of the Greek islands, the Turkish president threatens to attack NATO ally Greece. Aegean”.

In Turkey, over the past few days, there has been an increase in media reports of tensions with our country and calls by analysts and military personnel to respond to Greece.

Today’s report by retired Turkish Colonel Joskun Basbug points out. “The purpose of the aircraft carrier TCG Anatolu is to scare and warn Greece,” he said characteristically.

Pasbach further asserted, “I shall assign the first task to the meeting place of the Eastern Mediterranean and the Sea of ​​Islands (I do not say the Aegean).” “I am ready for everything and I am here to respond to these measures,” Turkey will deliver the message.

Why Greece has the audacity to extend its territorial sea by 12 miles in March I think it will be our duty after this report to scare them and warn Greece and some organizations about the latest developments in the region. I think that is what the Navy will decide best. We’ll see, we’ll all see together.”