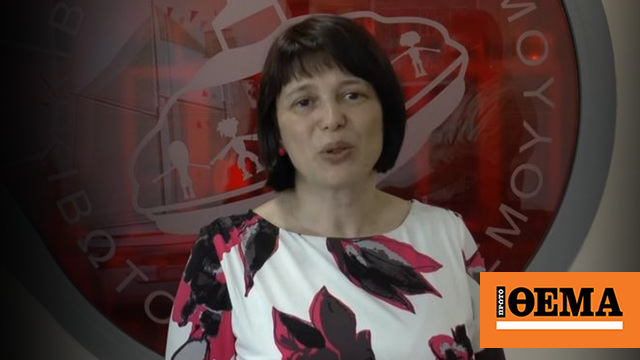 Continuation of the publication of “Ta NEA” newspaper, that The former executive of “Kivotos tou Kosmos” went to the branch of a credit institution in absolute secrecy.Mega TV station reported tonight that a bank deposit box was emptied in the center of Athens.

According to the Live News program, the person who emptied the box was senior, Stamatia Giorgantis. In fact, after taking the unknown contents, he made an appointment at another bank to rent a new safe deposit box – something that apparently never happened.

The beneficiaries of the post box are Mr Father Antonios. In the same bank, as mentioned, “the ark” He is said to have maintained an account of two million euros. It is recalled that authorities and financial prosecutors targeted the millions of euros in the hands of the “Kivotos” people and the luxury lifestyle, led by Father Antonios and the elder, with expensive cars.

Each year surpluses and crores of donations come under the microscope of financial audit. In fact, the bank accounts of the directors of the structure and its movable and immovable assets are expected to be verified.

In fact, there are indications that in the last 24 hours there has been an attempt to change the traces of the NGO’s transactions, which provided annual profits of hundreds of thousands of euros and gross surpluses of several million euros from donations.

At the same time, it appears from the Anti-Money Laundering Commission that 50% of the ownership percentage of the “World Ark” civil non-profit organization (AMKE) was held by senior Stamatia Giorgantis and 50 others. % was in the name of the father’s 86-year-old mother Antoniou, who lives permanently in Chios.

Already, declassification of bank secrecy and opening of bank accounts of controlled persons, acquisition of immovable and movable assets, data compared with declared income, have been requested to establish whether they are due to criminal activities.

Ark of the World: The former administrator’s most secret empty box