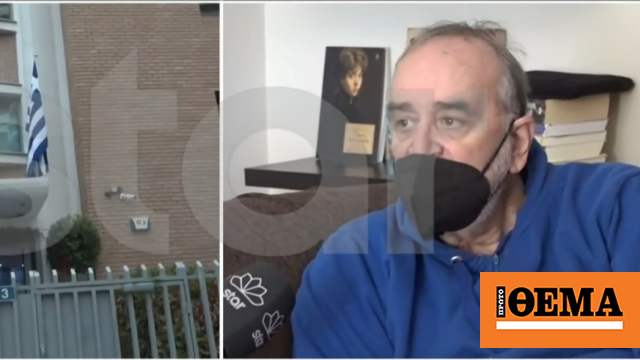 And there are more Expressions Day by day for her “Ark of the World”. This time, the former member of the board of directors spoke for the first time since the shocking allegations and mentioned what he saw himself in the organization’s structures.

Philippos Sotiropoulos, who has been working at the NGO for about six years, told the STAR that he started out as a coach for the men’s basketball team in Kivoto, but as the donations piled up, he was quickly asked to help with property management. And He had the wisdom to advise. “We are talking about assets that came through donations, based on transfers, they wanted one person to be responsible for handling the repair teams with the related arrangements of DEKOs,” he clarified.

“The right number (of qualities) I cannot name him if he is 30, 50 or 60 years old. These properties were donated or bequeathed to “Kivotos” and “Kivotos” manages them. Either keep families, or rent. He stressed that the donation process has not been completed and some must be resolved, the contracts must be handed over to the company “Kivotos”.

“I know him (ie 19 years old), he was in the ark since he was a kid. He was involved in the basketball team and in the minor leagues. I saw him when he was playing and hanging out in “Kivoto”. Especially for this particular one, I have nothing to blame him for Something that fascinated me all these years”, said Mr. Philippos Sothiropoulos when asked about the 19-year-old, who complained about indecency.