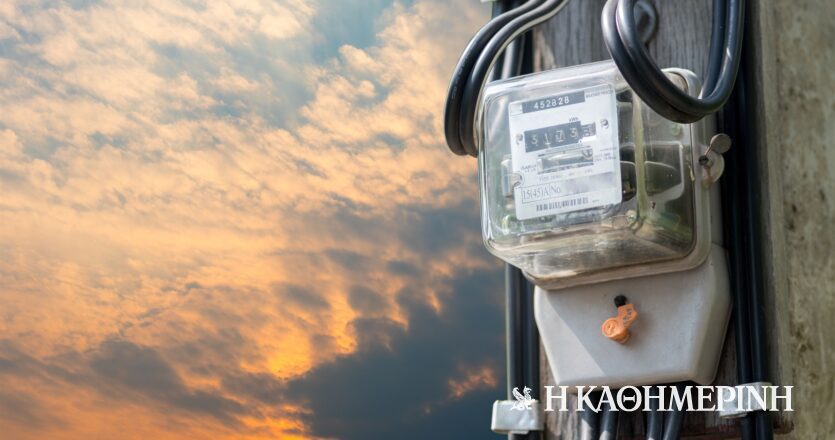 Counting will be very simple and beneficial to the consumer if smart meters are installed, a project that has been in progress since 2014. [SHUTTERSTOCK]

“swell” Electricity Bills He still receives a large number consumers Although the state is high subsidiespart of which is absorbed by black holes and the structural problems of the market.

… Paleolithic European data system of consumption “manual” counting by Didi Once a quarter is the root cause of bloated bills. The delay on the part of DEDDIE in calculating depreciation is a disease that accompanies it in the last several years of its operation. At its current juncture energy crisisfrom senior Electricity prices However, the generalized wave of accuracy is gaining different weight due to this and consumer complaints from various regions throughout the territory have increased.

The settlement bill for 8 months, for example, in the pre-crisis period did not cause such a big shock, since the price of kilowatt-hours was low. In the current period, it is difficult to pay the settlement for 8 months instead of four months, or even more than a year in some cases, and reasonably causes exasperation. DEDDIE tends to downplay the problem by pointing out a small percentage of a few hundred consumers out of a total of 7.5 million metres. These, according to DEDDIE Circuits, are usually counters located indoors and are not accessible to workshops for counting unless someone opens them. The DEDDIE argument is hard to convince, not only because everyone in their own personal and broader work environment has many cases of filtering that didn’t go through on time without the reasons invoked by the administrator, but also because it’s hard for DEDDIE itself to get a clear statement. image counts.

It’s harder to pay off a settlement for eight months instead of four months, or even more than a year in some cases.

95% of the counting process is outsourced to contractors whose crews are not easy to control despite the different tools it implements. The “K”for example, has state data available to it settlement accounts January-September period for the meter in the Ag area. Demetriu can be accessed by anyone, because they are in Pelothos. Another 8-month liquidation in Piraeus over the counters where tenants have been at home 24 hours a day during the last two years of the pandemic.

It is also impossible for consumers to check exactly what they are paying for electricity in the four months, since the kilowatt-hour rate now changes monthly but is calculated every quarter. Suppliers divide the total consumption of the four months by month and cost based on the corresponding monthly price, a mechanism that does not correspond to the actual monthly consumption, which also differentiates the actual cost. We accept the Program Director’s report indicating that the situation has improved. We cannot verify individual cases.” Announced by RAE in “K”noting that there was a general difficulty in cooperating with DEDDIE on market issues.

A corresponding picture of dystocia is also transmitted by DAPEEP, which manages the Energy Transfer Fund through which support for electricity bills is funded. In order to grant subsidies to service providers, DAPEEP will have to check the consumption data provided by each provider with DEDDIE data, which arrives at DAPEEP with a long delay. The 2021 filter was sent by DEDDIE to DAPEEP a week ago.

Electricity providers in an effort to make it easier for their customers so that the bill would not inflate in the four months, or whenever the bill went out, gave the possibility to count themselves. They can send a picture of the counter at the end of the month and be charged based on the relevant reading until the invoice is issued. DEDDIE offers a similar possibility. Consumers can go to their website and post their meter reading on a monthly basis. Counting would be very simple and beneficial to the consumer if smart meters were to be installed, a project that has been in progress since 2014. The new DEDDIE tender is proceeding with serious delays. Bids for the seven interested investors were opened on June 14 and are still being evaluated.