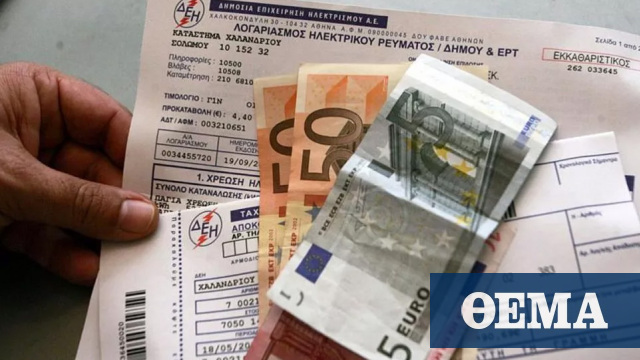 Wholesale prices are being phased out electricityFollowing the downward trend in the price of natural gas.

On Tuesday, the price in Greece was actually one of the lowest in Europe with 86 euros per MWh Whereas just two days ago it was 206 euros.

In the case of Greece, it also played an important role Share increase Renewable energy sources which contributed 60% to the energy mix. The share of natural gas was only 14% of the usual 35% and lignite was only 8%.

The cheapest in Europe are Spain and Portugal with 21 euros, while at the other end was France with 157 euros.

The question now is when this de-escalation will “appear” on consumer tariffs. Because you buy Greece at last month’s prices, Prices will be noticeably lower in February tariffs.

At the same time, at the European level, plans to remove dependence on Russian natural gas and, in general, the European independence of the continent are progressing. In Germany, stores are 90% full, while unexpectedly good weather helps keep consumption down.

Qatargate: Panchery “gives” them all – he signed an agreement with the Belgian authorities

Crime in Moschato: the accountant owed €200,000 to a 47-year-old man – beaten by investors for missing money

Britain – Chilling news about the police rapist: “We were dragged into the bathroom by poetry”