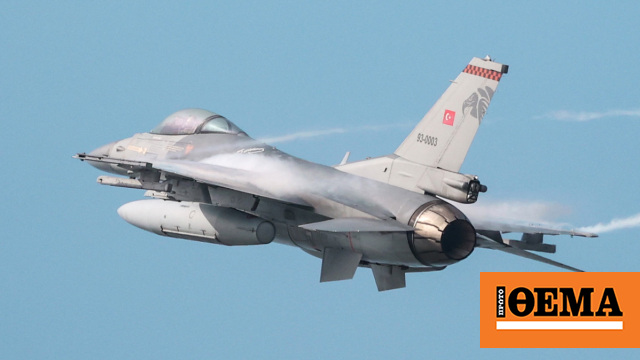 The immediate reaction of prominent US lawmakers was due to the announcement The Biden administration is preparing for a formal congressional request for approval Sale of F-16 Fighter Jets to Turkey, with Co-Chairs of the Congressional Greek Affairs Group, MPs Joss Bilirakis And Chris Pope but also the deputy Nicole Malliotaketo forcefully express their opposition.

For his part, Sen Robert Menendez He signaled again that he intends to use his veto, a privilege he enjoys as chairman of the Senate Foreign Relations Committee.

Technical talks between Washington and Ankara have been completed and it is now estimated that the State Department will not delay in formally sending the request to the relevant congressional committees, asking them to approve the defense contract. At this point, the application in question must be approved by the Senate International Relations Committee. If the F-16 defense contract ultimately fails to pass Congress, it effectively means that the case will not move forward at all for a full month, as the process requires consultations to decide on corrective actions during that time. Moves he would like to see Congress making.

From there, the Biden administration will receive recommendations and suggestions from Congress, which can set terms that, in its discretion, will improve the defense contract. The White House would then have to present these changes to Turkey in order to consider the possibility of incorporating them into the treaty. In the event that Turkey takes a completely passive stance, the president will have the option if he wishes to return to Congress, this time asking for approval of a final agreement. It is noteworthy that Donald Trump took this step in the recent past, bypassing Congress’ refusal to sell weapons to Saudi Arabia. If President Biden eventually does something similar, it will certainly be difficult for Congress to override the White House’s intent in this runoff, as increased two-thirds majorities would be needed in both the House and Senate.

See also  Turkey: "We can come in the night" has become a slogan - the United States wants the tunes to go down

In any case, political analysts in Washington point out that it will not be easy politically for President Biden to completely overcome the veto of the chairman of the Committee on Foreign Relations from his own party.

“Fever” preparations for Constantine’s funeral – the royal presence was “closed”.

“I had sex on the plane,” Bessie Argyraki admitted