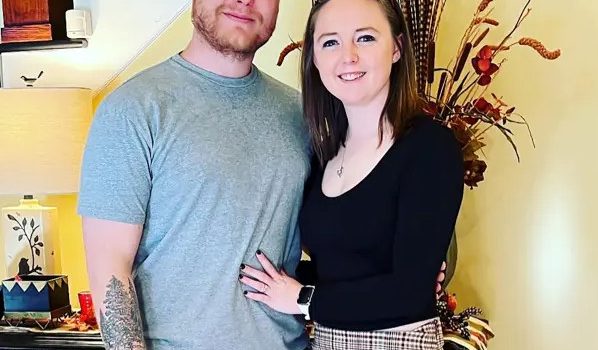 The husband of a police officer in the city of Laverne Tennessee The Daily Mail reported on Friday that the man who was fired for misconduct, which included having sex on the job with colleagues at the police station premises, is “supportive of his wife”.

“I don’t know how he does it, maybe he’s a better person than me, but he’s trying to save his marriage,” Coffee County Sheriff Chad Partin, the superintendent of Jedidiah Hall, told the Post.

Hall, who previously worked as a bouncer and is now a sheriff’s deputy, is a model worker, according to Sheriff Bartin.

“I find what happened at the La Verne Police Department unacceptable, but he didn’t break the law. He’s the victim in this case. He’s doing a great job and you can’t blame him,” Bartine said.

Former police officer Megan Hall is at the center of a scandal that has resulted in her and four other colleagues being fired from the La Verne Police Department.

According to reports, Hall had romantic relationships with six of her colleagues, and allegedly did not hesitate to satisfy her appetite even while on duty. In addition to the young woman, four other officers, Juan Lugo, Lewis Powell, Ty McGowan and Seneca Shields, were fired in December after an internal investigation revealed improper activity by those involved, some of whom are married. Two other people who allegedly had sexual relations with Hall have been suspended.

The facts of the scandal

The former police officer had performed oral sex on two colleagues within the La Verne Police Department, exchanged nude photos with them and, on at least one occasion, publicly undressed at a party. Although she said she was in a free relationship with her husband, one of her colleagues told the British newspaper that Hall, the son of a priest, did not approve of his wife’s behaviour.

As revealed by the internal investigation, the sexual encounters between Hall and her lovers took place in hotels, homes, and on a boat. And the police officer did not hide from her admirers the “expertise” of her other colleagues, on the contrary, she bragged about them, noting in particular the “impressive” qualities of one of them, Lewis Powell.

The investigation into Hall’s misconduct began with an anonymous complaint received by the city’s sheriff about the police officer’s activities. The complaint alleges Hall’s multiple lovers within the department and the “triumvirate” the officer had with Officer Malioko and his wife.