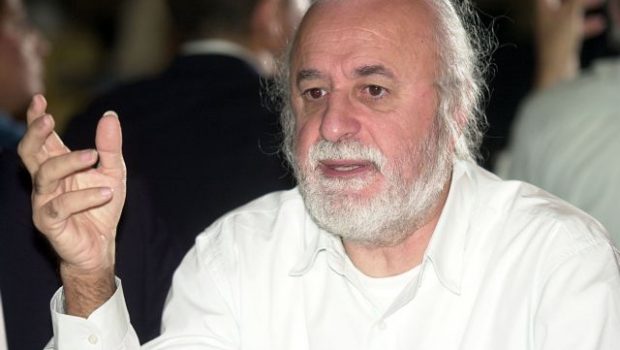 Almost 48 hours passed when the great music composer sat down at his computer, as it turned out, for the last time, to capture his New Year’s thoughts and reflections through social networks.

He wrote a long text, a self-titled “comment,” in which he condensed his life’s concerns, thoughts, fears, expectations, conclusions, and questions.

Mavrudis described the horror of war, the horror of man in his closed environment, the gap between his comrades from the power of thought, spiritual nourishment, the ability to resist, fight, and give hope.

It has been written, more than ever, that this year will be a great year, for us but especially for those who will follow it.

Comment 733
(In all honesty…)
(1-1-2023)
2023-The future of our past…
And the question arises: Can we turn a new page with the beginning of 2023 by erasing the pages of 22? These issues occurred and defined the way our society thinks! We can’t ignore them by looking at the embryos…

It would not be superfluous now to list the events of the past two years, which have disturbed common life and conscience or dangers to any bliss, as well as many others with the initial “European Union” (happiness, well-being, wealth, etc.), the elements which we thought we had conquered And we’ve been moving forward with that data.

See also  Democracy is under threat from Bolsonaro's followers in Brazil

But it is proved, again, that there are no facts in life; It can easily be reversed when people do not protect themselves, their children and grandchildren, through actions that promote awareness and participation in the social process. In other words, let us become solidaries and fellow travelers, to join the… wave of education, knowledge, freedom, and collective bodies.

But individual and collective freedom has rules and obligations. It is not just a phrase of language; On the other hand, her approach requires conflicts and claims. History contains countless pages of grueling and bloody struggles, for the difficult path of mankind in their search …

They fought not for a phrase, but for its core, which is space, time, spirit and culture of creative engagement.
I got carried away and I want to bring it up a little, to emphasize that the New Year, in order to be “better”, as we all wish, should not “carry” the concentrated load that has gathered in the corridor next year.

So in the year 22, not the 20th but the 21st century, many unpleasant things happen to us that we did not expect…
The deadly pandemic, the invasion of Ukraine by Putin’s inhumane and dirty bombing, the European agitation for energy independence, product precision, the various challenges and threats of invasion from neighbors “overnight”, the constant flow of refugees, climatic disturbances, forest disasters, deadly snowfalls, devastating floods, violence Intense domestic, unexpected child inclination, rapists of all kinds with the participation of artists beyond “all suspicion”, murder of women, imposed death by religious sects and incredible violence against women, creation of child gangs, violation of individual rights, economic corruption and entanglement even in the European Parliament …

See also  The war in Ukraine - Zakharova: we are ready to resume talks with Kyiv, but ...

Who would think our past contained… chaos? How can we get rid of the dark catacombs in which we also live indirectly without our will, burdening our consciences?

I don’t need any more details; We are in a network whose existence generates our time. However, a significant part of citizens, unfortunately, considers spiritual food not so necessary … which, however, can signal a warning bell of danger.

And what about the future? education? education; Agriculture? altruism? The need for collective? spirituality? humanity? Our children’s future? their children? their way? their way? protect them?

Mmmmmmm; Will 2023 be able to bear the weight of this traumatic reality that has overwhelmed most of our society?
However, I feel it is necessary to wish everyone a better New Year.
Notis Mavrodis
Road directions – (forward – back or future – past)