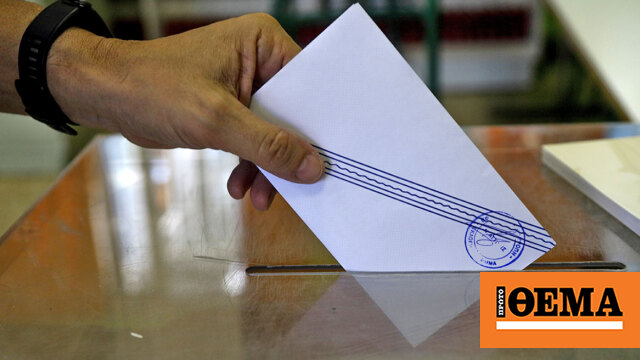 him New electoral map As shown in the final results of the Statutory Census – Dwellings 2021 published by the Hellenic Statistical Authority (ELSTAT), the Ministry of the Interior announced.
As of yesterday, protothema.gr has revealed the “carapoles” that appeared after the 2022 census. Emphasizes that 16 parliamentary seats are shifting districts.

Based on the latest seat allocation, two seats have been won Constituency of Eastern Attica When they win a place North, West and South parts of Athens as well as 1st Electoral District of Thessaloniki.

This redistribution also includes the effect of removing three seats from electoral districts added to the state ballot to represent foreign residents.

It is noteworthy that the Minister of Interior, Magis Voritis, instructed the Directorate of Elections of the Ministry to proceed with the drafting of an appropriate Presidential Decree that would reflect the aforementioned changes and be published. January 10, 2023. Below is the distribution table of constituencies that will make up the new electoral map of the country for the next electoral process.