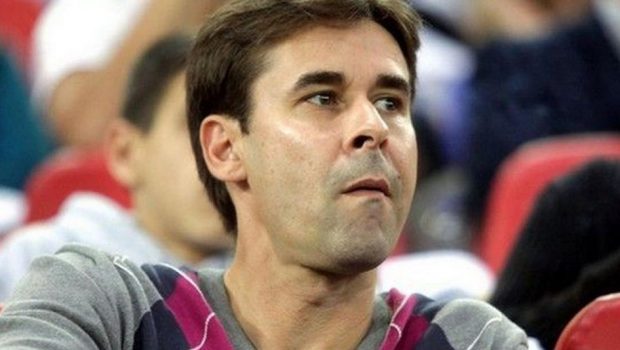 He was sentenced to 10 months in prison and fined 5,000 euros. Vasilis Siertas Her transphobic post in 2017 sparked a wave of backlash.

The veteran soccer player’s conviction and sentence was announced by Marina Kalanos’ lawyer, Vasilis Sotiropoulos, then head of the Intersex Support Association.

read more: Tsiartas found a suitable place for him – as a candidate with Bogdanou’s party

Football player – who He has invaded public space many times with his unacceptable, sexist and vulgar statements– First convicted under the amended anti-racism law in 2014.

The Transgender Support Association filed a lawsuit against him through its president, Marina Kalanos, who has denounced those who threatened her life.

By the same decision, he was suspended and sentenced to 7 months in prison with another co-defendant for post-post transphobic insults.

The veteran footballer had published a statement in 2017 before the passage of the Gender Reform Bill, in which he allegedly incited readers to acts of hatred and discrimination.

“A 10-month prison sentence and a €5,000 fine with suspension, Athens’ single-member misdemeanor court sentenced a senior athlete for his transphobic post in 2017, when parliament was debating a bill on the legal recognition of gender identity. He thereby incited readers to acts of hatred and discrimination.

Along with the same decision, another man was given a 7-month suspended sentence for post-post transphobic insults.

The case was filed by the late Marina Galano, president of the Transgender Society. He had no time to see her reasoning. I was her advocate then and now.

See also  Lavrov: This time the fate of the UN Charter was decided

This is the first decision to implement anti-racism law 927/1979, as amended in 2014, for violence or public incitement to hatred based on gender identity.”