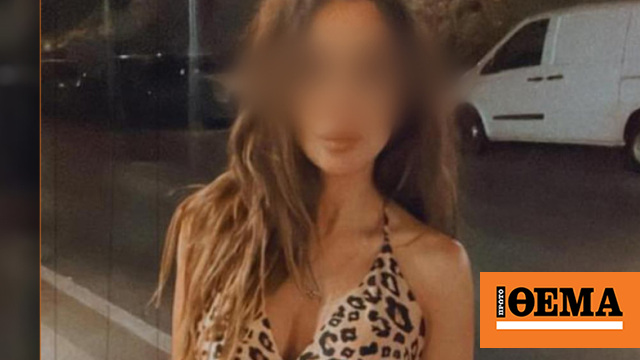 After a stay of three days The 38-year-old accused of throwing caustic liquid on her estranged husband remains elusiveHe appeared at the Heraklion police headquarters on Tuesday afternoon, early Saturday morning.

More specifically, the information says girl He arrived at the police station shortly after 19:00 with his lawyer, Apostolos Litras. There, an outstanding warrant was executed against him and he was arrested. In his first conversation with the police, he said he had not surrendered for so many days because he was waiting for his lawyer.

It is recalled that the prosecutor of Heraklion filed a criminal case against him for attempted murder with intent in a calm state of mind.

For his part, Apostolos Litras, speaking to journalists outside the police station, said his client was very scared. “The Husband She has a serious criminal past and is very scared”, he emphasized, among other things. At the same time, Mr. Litras pointed out that he was ready to explain everything to the investigator about the caustic liquid that was thrown on the 36-year-old, “He did not plan anything. He had ordered a large quantity of caustic liquid as a simple cleaner.’

What we know of the subtypes BQ.1 and BQ.1.1 were first discovered in Greece

Member of Parliament Andreas Batzis was expelled from the ND

“I didn’t run, I didn’t drink, I didn’t realize I seduced someone,” said Roma, who killed the 15-year-old.